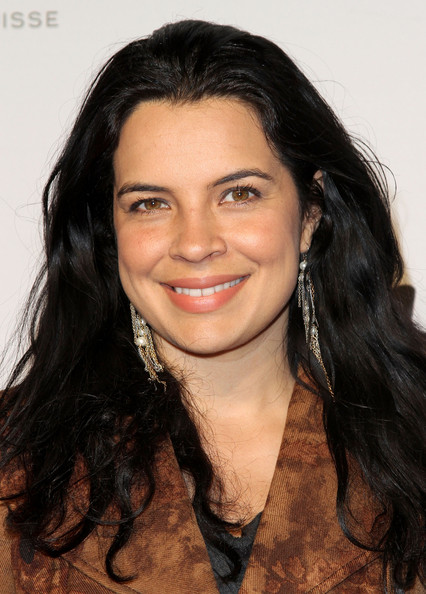 Robinson was born in London and brought up in Thailand and Malaysia by a Burmese-Malay mother and an English father. She is also of Scottish and Iranian descent.[1][2][3][4] She is a graduate of the American Academy of Dramatic Arts in Los Angeles. She is the sister of British field botanist Dr. Alastair Robinson.[3]
Read more...

Robinson has made her film debut in the 2000 experimental film Timecode. She gained attention on the 2001 series The Lone Gunmen, part of The X-Files franchise. She played Yves Adele Harlow, a mysterious thief who often aided (and sometimes hindered) the starring trio.

In 2007, Robinson had a supporting role in the HBO series Rome, and the following year played Eva Marquez, a NYPD detective, in the Fox police drama New Amsterdam. Robinson joined the cast of Lost in 2009 during its fifth season, as recurring character Ilana Verdansky,[5] and was promoted to series regular for the sixth season. In 2012, she was cast in the second season of Homeland in a recurring role as journalist and secret al-Qaeda operative Roya Hammad. Robinson also played a supporting role in the drama thriller film The Boy.[6]

In 2014, Robinson was cast in Intelligence as Amelia Hayes, Gabriel's wife and a former CIA field officer.

In 2016, Robinson was cast as Lady Capulet in the ABC period drama Still Star-Crossed produced by ShondaLand.[7]

Report a problem
Write to Zuleikha Robinson at FanPal • 2021