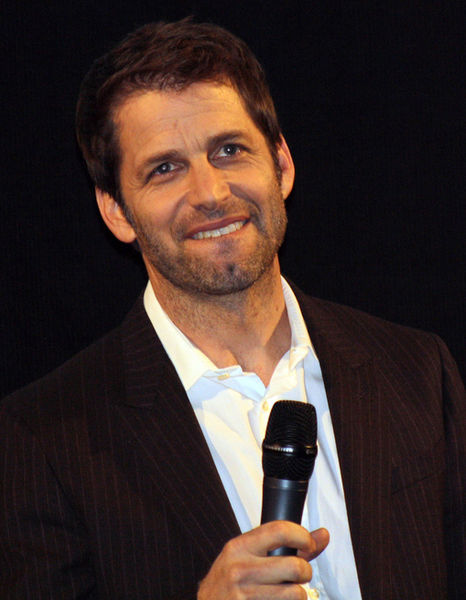 Snyder is the co-founder of Cruel and Unusual Films, a production company he established in 2004, alongside his wife Deborah Snyder and producing partner Wesley Coller.[1]

Snyder was born in Green Bay, Wisconsin, and raised in Riverside, Connecticut. His mother, Marsha Manley (née Reeves), was a painter and a photography teacher at Daycroft School, which Snyder later attended. His father, Charles Edward "Ed" Snyder, worked as an executive recruiter.[2][3][4] He has an older sister, Audrey (Davis), and was raised as a Christian Scientist.[1] Snyder attended Camp Owatonna in Harrison, Maine, during the summer months as a child. Snyder studied painting a year after high school at Heatherley School of Fine Art in England, although he had already begun filmmaking. Afterward, Snyder attended Art Center College of Design in Pasadena, California.[5]
Read more...

Snyder made his feature film debut with the remake of the horror film Dawn of the Dead (2004), and scored a box office hit with the fantasy war film 300 (2006), adapted from writer-artist Frank Miller's Dark Horse Comics miniseries of the same name. His Warner Bros. film Watchmen was released on March 6, 2009 and grossed $185 million worldwide. His follow-up project/animation debut titled Legend of the Guardians: The Owls of Ga'Hoole was released on September 24, 2010. Snyder produced, co-wrote, and directed Sucker Punch,[6] which was released on March 25, 2011. The film, based on a script written by Snyder and Steve Shibuya, was about a young woman in a mental hospital who fantasizes of escape with her fellow inmates.

He directed 2013's Man of Steel for Warner Bros., a reboot of the Superman franchise. He signed on direct a yet-to-be-produced remake of the 1969 film The Illustrated Man,[7] and produced the prequel/sequel to 300, 300: Rise of an Empire (2014). He also wants to direct a segment for an upcoming Heavy Metal 3, and plans to write and direct a sequel to Legend of the Guardians.[8]

As of March 2016, Snyder was working on The Last Photograph, a drama about a war photographer in Afghanistan. He is also currently working on an adaptation of the 1943 novel The Fountainhead by Ayn Rand.[11][12][13]

Snyder often uses slow motion in and out of the fight scenes in his films, which Amy Nicholson of BoxOffice magazine remarked separates the director from other filmmakers who make multiple cuts and close-ups during a fight. A minute-long shot from 300 shows King Leonidas slaughtering his enemies, the camera zooming in and out to emphasize each kill and move Leonidas makes.[14]

Snyder lives in Pasadena with his second wife, producer Deborah Johnson. The couple first met in 1996, started dating in 2002, and married on September 25, 2004 at St. Bartholomew's Episcopal Church in Manhattan, New York.[15][16] He was previously married to Denise Weber.

Snyder has eight children, half of whom are adopted: Olivia, Willow, Autumn, Eli, Ezekiel, Jett, Sage and Cash. He and Denise had Olivia and Eli, and adopted Willow and Autumn from China. Two younger sons, Ezekiel and Jett, are from his relationship with Kirsten Elin, who was his line producer on commercials for some time.[1] Snyder and Deborah adopted Sage and Cash during the course of making Man of Steel.[5]

Critical, public and commercial reception to films Zack Snyder has directed as of November 26, 2017:

Snyder's body of work has earned him a number of awards, including two Clio Awards and a Gold Lion Award for his Jeep "Frisbee" commercial. He also won the Society of British Advertisers Award for Humor for his controversial EB Beer commercial "General's Party."[26]

Report a problem
Write to Zack Snyder at FanPal • 2022