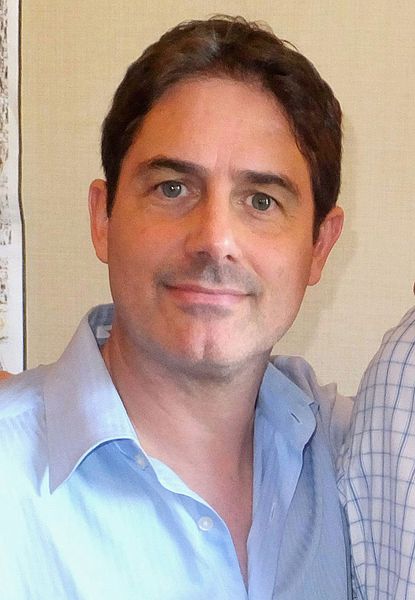 Zachary Wolfe "Zach" Galligan (born February 14, 1964) is an American actor known for his work in such films as Gremlins.

Galligan was born in New York City, the son of Carol Jean (née Wolfe), a psychologist, and Arthur John Galligan, a lawyer[1] who was a founding partner of the law firm of Dickstein Shapiro.[2] He has a sister, Jessica,[3] and graduated from Columbia University.[4]
Read more...

Galligan's most notable role was as Billy Peltzer in the Michael Finnell-produced 1984 film Gremlins.[5] Following the first Gremlins film, Galligan appeared in Nothing Lasts Forever. In 1988, he starred as Mark Loftmore in the horror comedy Waxwork. He reprised his role as Billy Peltzer in the 1990 sequel Gremlins 2: The New Batch. In 2016, UK progressive rock band Gandalf's Fist announced that Galligan will voice a character on their album The Clockwork Fable.[6]