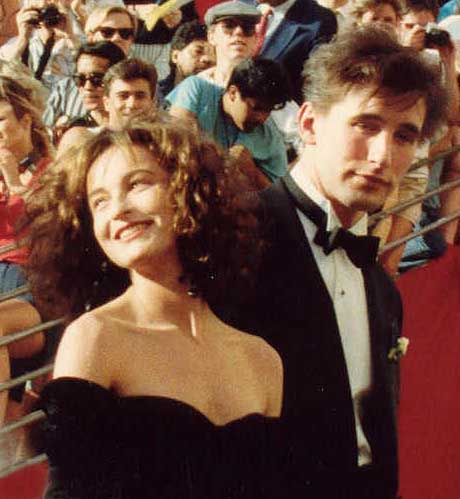 Yes, we have an address for William Baldwin! →

William Joseph "Billy" Baldwin (born February 21, 1963) is an American actor, producer, and writer, known for his starring roles in such films as Flatliners (1990), Backdraft (1991), Sliver (1993), Fair Game (1995), Virus (1999), Double Bang (2001), as Johnny 13 in Danny Phantom (2004-2007), Art Heist (2004), The Squid and the Whale (2005), as himself in Forgetting Sarah Marshall, as Senator Patrick Darling in the TV drama Dirty Sexy Money (2007-2009) on ABC, Justice League: Crisis on Two Earths (2010), and now Baldwin is currently a regular guest on Gossip Girl as William van der Woodsen and Parenthood as Gordon Flint. Baldwin appeared as lead detective Brian Albert in the Lifetime Original Movie The Craigslist Killer. Baldwin appeared in 2011 as a dirty cop, former homicide detective Frank Delano, on Hawaii Five-0. His character is to appear on the second season of the CBS show as a recurring role.

Baldwin was born in Massapequa, New York, the son of Carol Newcomb (née Martineau) and Alexander Rae Baldwin, Jr. His father was a high school history/social studies teacher and football coach. He is the brother of actors Alec, Daniel, and Stephen, sometimes collectively known as the Baldwin brothers. Baldwin was raised in a Catholic family of Irish, English, and French descent. A graduate of Berner High School and Binghamton University, where he was a varsity wrestler, he has a degree in political science.

Before starting his acting career, Baldwin was a fashion model for Calvin Klein. His first starring role was in a TV movie as Robert Chambers, alongside Lara Flynn Boyle in The Preppie Murder, which aired on ABC in 1989. Baldwin was also cast in the 1989 film Born on the Fourth of July starring Tom Cruise, and brothers Stephen and Daniel where he played in a minor role as a U.S Marine during the Vietnam War.

Baldwin then starred in hit movies like Flatliners with Kiefer Sutherland, Julia Roberts and Kevin Bacon. He portrayed Chicago firefighter Brian McCaffrey in Backdraft. Baldwin starred alongside Cindy Crawford in the 1995 film Fair Game, then in 1996 starred in a low-budget film by Miramax Films titled Curdled, and was paid US$150,000 for his performance compared to the $1.7 million he received for his role in Sliver with Sharon Stone in 1993. In 1999, Baldwin teamed up with Jamie Lee Curtis and Donald Sutherland for the science fiction thriller "Virus", and alongside Peter Gallagher in the Showtime original movie, Brotherhood of Murder.

In 2001, Baldwin played a leading role in the television film Double Bang which aired on HBO. Since then, Baldwin has played in other projects such as Red Rover in 2003, Art Heist in 2004, "Park", Feel and Lenexa, 1 Mile in 2006, Adrift in Manhattan, A Plumm Summer, Noise, and Humble Pie in 2007. Baldwin has continued to act in films and on television, but has not taken many leading roles. He was well-received in a supporting role in the 2005 film The Squid and the Whale. He also co-starred in ABC's Dirty Sexy Money as Donald Sutherland's oldest son, Patrick Darling IV, for the duration of the show until April 2009. Among other diverse characters he has played in his career, Baldwin was on Joel Schumacher's shortlist for Batman Forever to play the caped crusader. His four diverse choices were Daniel Day-Lewis, Ralph Fiennes, Val Kilmer and Baldwin. Audiences got to hear his first time playing Batman in February 2010 in Justice League: Crisis on Two Earths, a loose adaptation of Grant Morrison's JLA: Earth 2 story.

In 2010, Baldwin portrayed Dr. Willam van der Woodsen, father of Serena and Eric van der Woodsen, on the third and fourth seasons of Gossip Girl. Baldwin was also featured in UniGlobe Entertainment's breast cancer docu-drama titled 1 a Minute along with brother Daniel Baldwin. The documentary was made by actress Namrata Singh Gujral and will feature breast cancer survivors Olivia Newton-John, Diahann Carroll, Melissa Etheridge, Namrata Singh Gujral, Mumtaz and Jaclyn Smith as well as Daniel Baldwin and Priya Dutt. Baldwin was cast in the second season of Parenthood to play a boss and love interest for several episodes. Baldwin joined Parenthood for a multi-episode arc this fall as Gordon Flint, the "wealthy, charismatic" boss of Adam (Peter Krause), a bachelor who also has eyes for Adam's sister Sarah (Lauren Graham). In 2011, Baldwin starred in the Lifetime Original Movie, The Craigslist Killer which aired January 3, 2011. He plays the lead detective on the case of the killer, Philip Markoff, who connected with victims through Craigslist ads placed in Boston, MA. On June 1, 2011 Baldwin joined Sobini Films' Indie Film 'Sexy Evil Genius' along with Seth Green, Harold Perrineau Jr., Katee Sackhoff, and Michelle Trachtenberg. The film is to be directed by Shawn Piller. In July 2011, Baldwin joined the CBS drama Hawaii Five-0 for a multi-episode arc.

In 1995 Baldwin married singer Chynna Phillips of the music group Wilson Phillips and 'Chynna & Vaughan'. Chynna is the daughter of John and Michelle Phillips of the '60s group, The Mamas & the Papas. Together, they have three children. Baldwin has two estates, one in Santa Barbara, California and another one in Bedford Corners, New York, just 30 minutes away from his brother Stephen's estate in Nyack, New York.