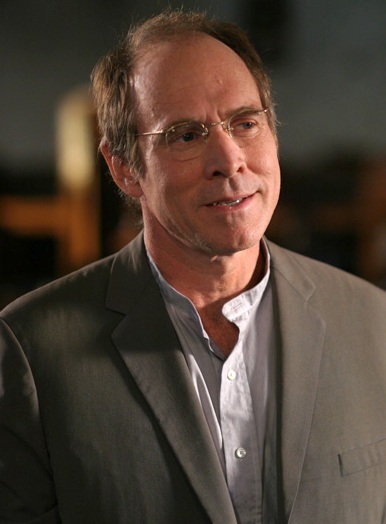 William Rankin Patton (born June 14, 1954) is an American actor and audiobook narrator. He starred as Colonel Dan Weaver in the TNT science fiction series Falling Skies. He also appeared in films such as Remember the Titans, Armageddon, Gone in 60 Seconds and The Punisher. He appeared opposite Kevin Costner in two films: No Way Out (1987) and The Postman (1997). Patton's father, Bill Patton, was a playwright and acting/directing instructor. Patton has been in many films, starting in 1981. He has done many television appearances as well, starting in 1982 and he has done a great deal of voice work with audio books. He won two Obie Awards for best actor in Sam Shepard's play Fool for Love and the Public Theater production of What Did He See?.

Patton was born in Charleston, South Carolina, the eldest of three children. His father is Bill Patton, a playwright and acting/directing instructor who was a Lutheran minister and served as a chaplain at Duke University.[1][2][3] Patton was raised on a farm, where his parents ran a foster home for wayward teenagers.[1] He attended the North Carolina School of the Arts in Winston-Salem and The Actors' Studio in New York City, New York.
Read more...

Patton won two Obie Awards for best actor for his performances in Sam Shepard's play Fool for Love and the Public Theater production of What Did He See?. He portrayed the evil antagonist in Desperately Seeking Susan, and had a significant role in No Way Out, his first major film. He was nominated for the Saturn Award for Best Supporting Actor for his portrayal of General Bethlehem in The Postman. He also portrayed coach Bill Yoast in Remember the Titans and FBI agent Melvin Purvis in the 1991 made-for-television film Dillinger, before an exceptional supporting actor performance alongside A-list stars in Armageddon. Patton provided the voice for the audio version of The Assault on Reason by Al Gore, as well as the role of Alan Wilson on the TV show 24. He has also recorded the audio version for 22 books written by best-selling mystery writer James Lee Burke. Patton plays the character of Sam Conroy in the film American Violet.