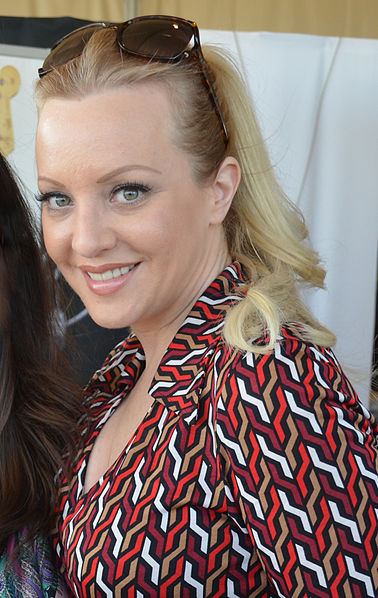 A native of Long Beach, California, McLendon-Covey worked numerous jobs after graduating high school before earning a degree from California State University in 2000. After graduating, she became a member of The Groundlings, an improvisational comedy group in Los Angeles, and remained a member until 2009.

She began her acting career while still a member of the Groundlings, starring in the improvisational Comedy Central series Reno 911!, as Deputy Clementine Johnson from 2003-08. She also had the lead role in the Lifetime short-lived comedy Lovespring International (2006), as well as minor roles in Bewitched (2005) and Over Her Dead Body (2008). From 2010 to 2013, she had a recurring role on CBS sitcom Rules of Engagement.

After a breakout performance in the 2011 comedy film Bridesmaids, McLendon-Covey has appeared in a number of films, including What to Expect When You're Expecting (2012), The Single Moms Club (2014), Blended (2014), Think Like a Man Too (2014), and Hello, My Name Is Doris (2015). In 2013, she began starring as Beverly Goldberg, a family matriarch, on the ABC comedy series The Goldbergs, for which she was nominated for two Critics' Choice Television Award for Best Actress in a Comedy Series.

Wendy Anne McLendon was born in Bellflower, California, the daughter of Carolyn (née Lewis), an accountant, and David Robert McLendon, a former delivery driver for Coca-Cola. She has a younger sister who is a therapist in Portland, Oregon.[2] She was raised Baptist,[3] and has Scottish and English ancestry. McLendon-Covey was raised in Long Beach, where she graduated from high school in 1987.[2] She worked a series of different retail jobs while attending Long Beach City College and Golden West College before enrolling at California State University, Long Beach, where she graduated with a B.A. in Liberal Studies and Creative Writing in 2000.[4] "I didn't graduate college until I was thirty," she told Marc Maron in 2017. "I had a lot of stops and starts."[2]

After graduating from college, while McLendon-Covey was working at a hotel in Anaheim, she enrolled in a weekend class for non-actors at The Groundlings, an improvisational group in Los Angeles.[2] She officially joined The Groundlings in 2002, and meanwhile worked as an editor for California State University's academic journal of social work, a job she kept until 2012.[2]

In 2003, she auditioned for the role of Deputy Clementine Johnson in the comedy series Reno 911![6] "I went in, and I thought, "Fuck this. I'm not gonna get it, but you know what? I'm just gonna go in ," she recalled.[2] At the time, the series had previously been considered by Fox.[2] McLendon-Covey was cast in the role, and the series was subsequently picked up by Comedy Central.[2][6]

In the third year of Reno 911!, she also starred in the Lifetime comedy show Lovespring International in 2006 and has provided commentary for E!, TV Guide Channel, and VH1. In 2007, she starred in the comedy film Reno 911!: Miami, based on Comedy Central's "Reno 911!" and also appeared in Bewitched (2005) and Over Her Dead Body (2008). She produced, wrote, and starred in the 2007 independent comedy film Cook-Off!.[4] McLendon-Covey also guest-starred on television series such as The Office, 10 Things I Hate About You, and Cougar Town.

In 2011, McLendon-Covey starred in the financially successful and critically lauded comedy film Bridesmaids with Kristen Wiig, Maya Rudolph, Rose Byrne, Melissa McCarthy, and Ellie Kemper.[7] Beginning in July that same year, she began starring in national TV ads for a new campaign by Hillshire Farm.[8] From 2010 to 2013, she had a recurring role on the CBS sitcom Rules of Engagement.[9] She also had guest-starring roles in Fox's short-lived sitcom I Hate My Teenage Daughter,[10] TV Land's Hot in Cleveland,[11] and ABC's Modern Family.[12]

McLendon-Covey with The Goldbergs cast in 2014

McLendon-Covey appeared in the 2012 romantic comedy What to Expect When You're Expecting, directed by Kirk Jones,[13] as well had cameo in Steven Soderbergh's movie Magic Mike.[14] She will have roles in the Christmas comedy movie A White Trash Christmas about a white-trash mom visited by three ghosts intent on showing her a path to a brighter future,[15] and in the comedy-drama film The Breakup Girl directed by Academy Award-nominated and Emmy-winning Stacy Sherman about three estranged sisters dealing with the death of their father.[16] She also starred in the 2012 comedy pilot Waffle Hut.[17]

In February 2012, McLendon-Covey was cast in the HBO comedy pilot The Viagra Diaries, created by Sex and the City creator and executive producer Darren Star, but when Goldie Hawn exited the pilot, McLendon-Covey also left the show.[18] After she received five offers, she won the female lead role on ABC's comedy pilot Only Fools And Horses.[19][20] She also played one of the leads in Tyler Perry's film The Single Moms Club (2014).[21][22] Also in 2014, she starred in A Merry Friggin' Christmas as Robin Williams' character's daughter,[23] Blended, as Drew Barrymore's character's best friend,[24][25] and Think Like a Man Too.[26]

In January 2013, McLendon-Covey was cast in the lead role of the ABC comedy series The Goldbergs, created by Adam F. Goldberg.[27][28] Her portrayal of the character received critical praise,[29] and she was nominated for a Critics' Choice Television Award for Best Actress in a Comedy Series in 2014.[30]

In 2015, McLendon-Covey starred opposite Sally Field in the comedy-drama film Hello, My Name Is Doris.[31] Also that year, McLendon-Covey hosted ABC reality comedy series Repeat After Me, produced by Ellen DeGeneres.[32] Also in 2015, she played the female leading role opposite Nicolas Cage in the comedy film Army of One, directed by Larry Charles.[33][34]

McLendon-Covey had a dramatic role as Mark Felt's secretary Carol Tschudy in the political thriller film Mark Felt: The Man Who Brought Down the White House (2017), directed by Peter Landesman.[35]

McLendon-Covey has been married to Greg Covey since 1996.[4] They live in Signal Hill, California, by McLendon-Covey's account, "only a couple of miles" from where she was raised.[2]