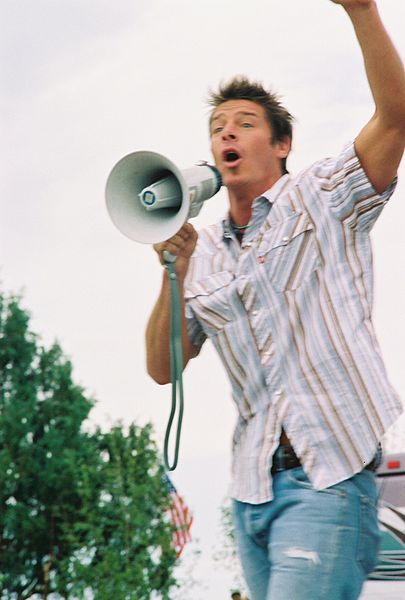 His rise to prominence began with his role as carpenter on the TLC home improvement reality show Trading Spaces (2000-2003), and most notably for his work as host of the critically acclaimed[4] ABC reality series Extreme Makeover: Home Edition (2003-2012), for which he earned international recognition as an advocate for volunteerism and helping others.[5]

Following the show's conclusion in 2012, Pennington has focused on numerous other projects, including host of ABC's short lived talk show The Revolution in 2012, TNT's On the Menu opposite Emeril Lagasse in 2014 and The Food Network's American Diner Revival opposite Amanda Freitag from 2015 to 2016. On September 13, 2017, it was announced that Pennington had signed on to join his former cast members for the reboot of Trading Spaces, which is scheduled to air on TLC in 2018.[6]

Pennington was born in Atlanta, Georgia as Gary Tygert Burton, the second son of school psychologist Yvonne Burton. Yvonne separated from Ty's father when he and his older brother Wynn were very young, and spent several years as a single parent before she remarried. Her new husband adopted both boys, giving them his surname Pennington. Ty is of partial Cherokee descent.[7]
Read more...

A self-described "Jack of all trades",[8] Pennington learned woodworking early in life and began teaching himself about carpentry and home improvement. After attending Sprayberry High School in Marietta, Georgia, he first attended Kennesaw State University, where he majored in art and history. He paid his way through college by taking night classes and working during the day, first working in landscaping before moving into construction.[9] Despite his skills in carpentry, Pennington initially decided that carpentry wasn't something he wanted to do professionally, noting his main interests were in becoming an artist, specializing in Graphic Design.[10] On the advice of one of his professors, he transferred to the Art Institute of Atlanta, from where he graduated with a bachelor's degree in Graphic Design.[10]

During his final semester, Pennington was approached by a modeling scout, and soon began a lucrative career in that field. He landed print jobs for J.Crew, Swatch and Sprite, and appeared in television spots for Diet Coke, Levi's, Macy's and Bayer, among others. His job as a model took him to places all over the world, as he went on to reside in Japan, Thailand, Italy, Canada, and Germany.

Pennington parlayed his hands-on skills and design acumen into a career in the entertainment industry, becoming a set designer, including for Leaving Las Vegas in 1995. However, his professional breakthrough came through The Learning Channel's (now known as simply TLC) innovative hit show Trading Spaces. In 2003, he acted in the independent film, The Adventures of Ociee Nash (as "Wilbur Wright").

In 2003, when ABC began developing a show that would transform the homes of deserving families in seven days or less, Pennington was chosen as the leader of the eight-person design team. Extreme Makeover: Home Edition, which was originally planned to be a 13-part special, became a huge hit, and catapulted Pennington to stardom. This led to an endorsement deal with Sears, a sponsor of the show. Pennington was extremely dedicated to the show, spending on average 240 days of the year working, and was known to have fought off anything from pulled muscles to heatstroke to food poisoning to keep doing his job. He stated that his career on the show resulted in the channel commissioning Ty's Great British Adventure, in which he worked with communities including Portreath, Cornwall (UK) to restore a run-down town park in a week and Portishead, North Somerset (UK) to renovate the town's derelict outdoor pool into a community run Lido. The series was shown from September 16, 2008.[11]

When Extreme Makeover Home Edition ended in 2011 with its ninth season, Pennington had helped rebuild more than 200 homes for the show. Afterwards, Pennington relocated from Los Angeles to New York City, where he was cast to take part in the lifestyle-based talk show The Revolution, which aired on ABC in January 2012. On one episode he appeared with Dr Edward Hallowell. Both men talked about ADHD and stimulant drugs.[12] The show was cancelled after six months, after which Ty began pursuing other goals.

Prior to his partnership with Sears, Pennington was the owner and designer of his company, Furniture Unlimited, which is based in Atlanta and Los Angeles. He also lends his name to Sears, with their design team guiding the design of every item in the Ty Pennington Style line of bedding, tabletop items, bath accessories, furniture, patio furniture, and other miscellaneous home decor.[citation needed]

Pennington published Ty's Tricks: Home Repair Secrets Plus Cheap and Easy Projects to Transform Any Room (2003), a do-it-yourself guide on home improvement. On May 15, 2007, he released the first issue of his quarterly magazine Ty Pennington at Home, which ran until 2009.

On July 25, 2008, he announced a 3-year partnership with Marketplace Events, the largest organizer of consumer remodeling, home decor and gardening shows in North America.[13]

In September 2008, Pennington became the spokesperson for Abbott Nutrition and their baby formula packaging innovation called Similac SimplePac.[14] He was also involved with the Similac Custom Nursery Design Contest and Ty's Nursery Guide that were part of the new product marketing.[citation needed]

In September 2011, Pennington was on one showing of Disney's Take Two With Phineas and Ferb. On October 3, 2011, it was announced that Pennington was to join the upcoming series The Revolution. The show premiered on Monday, January 16, 2012.[15]

In February 2014, Pennington became the spokesperson for Guaranteed Rate and has been featured in a series of commercials and ads for the Chicago-based mortgage lender.[16]

As a child, Pennington was plagued with behavioral problems until he was diagnosed with ADHD at the age of 17.[17][18] He also discussed his ADHD with Glenn Beck.[19] Ty has partnered with Shire Plc to raise awareness of ADHD in adults and promote the use of Vyvanse for the treatment of adult ADHD.[20] He has been criticized for promoting the use of ADHD medications such as Adderall without disclosing his sponsorship.[21] He also appeared on TV with Russell Barkley.[22]