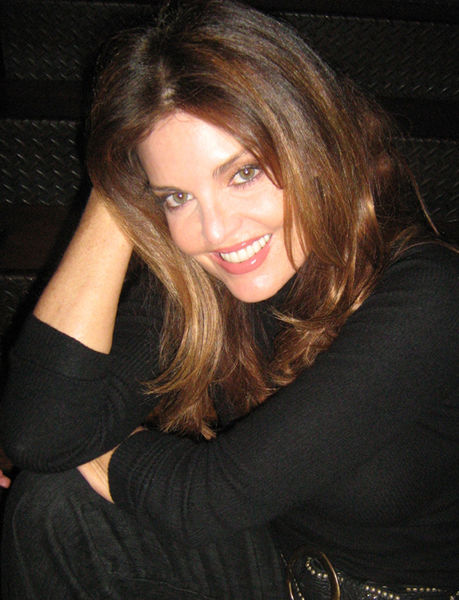 Tracy Dawn Scoggins (born November 13, 1953) is an American actress known for her roles as Monica Colby in the 1980s prime time soap opera Dynasty and its spin-off series The Colbys, Cat Grant in the 1993-1997 television series Lois & Clark: The New Adventures of Superman, and as Captain Elizabeth Lochley during the final season of Babylon 5 in 1998.

An only child,[2] Scoggins is the daughter of John Scott Scoggins and Lou Cille Scoggins.[3] Her father was a trial lawyer, and her mother graduated from law school and was a tennis champion. She attributes her own success to their influence.[4]

At the age of nine, Scoggins won a diving championship; by 13 she was accumulating swimming medals.[5] At Dickinson High School,[3] Scoggins was a cheerleader[2] and an athlete, excelling in various sports such as gymnastics and diving. She graduated from Dickinson High School at age sixteen and enrolled at Southwest Texas State University in 1970. As a student-athlete there, she was on the varsity gymnastics team[5] and graduated with a bachelor's degree in physical education.[6] While at TSU, Scoggins nearly qualified for a spot on the 1980 Olympic diving team.[7]

After graduation, Scoggins briefly taught physical education before being recruited by John Casablancas of the Elite Model Management agency.[6] Elite sent Scoggins to New York, where she worked for a year before a European modeling circuit that included Italy, Germany, and France.

Scoggins returned to the United States and studied with the Herbert Berghof Studio and the Wynn Hanmann Studio in hopes of launching an acting career.

Scoggins at the 2013 Phoenix Comicon in Phoenix, Arizona.

Scoggins' first role was as a fake deputy sheriff in the fourth season Dukes of Hazzard episode "New Deputy in Town" in 1981, she then appeared in the TV movie Twirl. She was cast as a regular in the short-lived 1983 TV series Renegades.[8]:886 The following year, she was cast as a regular on the 1984 ABC Television series Hawaiian Heat,[8]:441 which lasted 11 episodes.

After guest roles in TV series such as Remington Steele, T. J. Hooker, Blue Thunder and The A-Team, Scoggins had a role on the Dynasty spin-off series The Colbys, playing Monica Colby,[8] the daughter of Charlton Heston's character. Following the cancellation of The Colbys after two seasons, Scoggins reprised the role in the final season of Dynasty.

Scoggins landed recurring or short-term parts on TV series during the 1980s and '90s, including the role of Cat Grant in Lois & Clark: The New Adventures of Superman,[8]:618 Amanda Carpenter on Lonesome Dove: The Outlaw Years,[8]:620 Elizabeth Lochley on Babylon 5 and its two spin-offs Crusade[8]:222 and Babylon 5: The Lost Tales (in 2007),[9] Cassandra in three episodes of Highlander: The Series, Marie-Diane on The Secret Adventures of Jules Verne, and Anita Smithfield in two Dallas TV movies (Dallas: J.R. Returns and Dallas: War of the Ewings). This was not her first role in Dallas as she had played a small part as another character in a 1983 episode. Scoggins appeared on a 1996 episode of Wings and in the Star Trek: Deep Space Nine episode Destiny.

Scoggins starred in the 1992 straight-to-video production Demonic Toys. Scoggins was in the 1995 3DO game Snow Job.[10]

Alan Spencer cast Scoggins in a not picked up pilot for CBS called Galaxy Beat.[11] The pilot did not sell. Spencer said that she is "one of the funniest people on Earth".[7]

In 2005, Scoggins landed a role as a main character, Grace Neville, on the gay supernatural series Dante's Cove.[8]:234 In 2006, she had a guest role in the fourth-season premiere of the TV show Nip/Tuck, and returned to the role of Elizabeth Lochley in the direct-to-DVD production Babylon 5: The Lost Tales. Her recent television credits include NCIS and Castle.

Report a problem
Write to Tracy Scoggins at FanPal • 2020