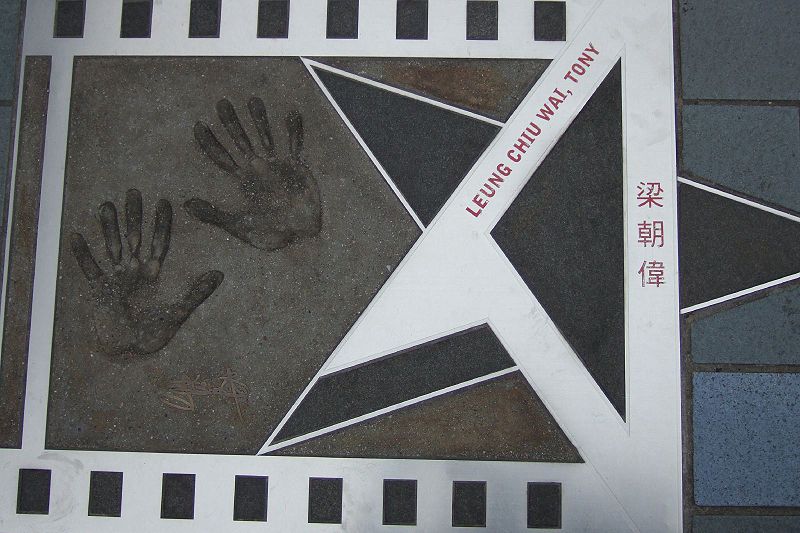 Tony Leung Chiu-wai (born 27 June 1962) is a Hong Kong actor. He is considered one of Asia's most successful and internationally recognized actors. He has won many international acting prizes, including the Cannes Film Festival award for Best Actor for his performance in Wong Kar-wai's film In the Mood for Love. Leung has been called "Asia’s answer to Clark Gable", and is widely considered the best native Hong Kong actor of his generation. He was named by CNN as one of "Asia's 25 Greatest Actors of All Time".[2]

Leung is known for his collaborations with director Wong Kar-wai, with whom he has worked in seven films including Chungking Express (1994), Happy Together (1997), In the Mood for Love (2000), and The Grandmaster (2013). He also appeared in three Venice Film Festival Golden Lion-winning films, including A City of Sadness (1989), Cyclo (1995) and Lust, Caution (2007), directed by Ang Lee. Leung also stars in the Academy Award-nominated film Hero, and the box office hits Hard Boiled (1992) and Infernal Affairs (2002).

For In the Mood for Love, Leung earned the Best Actor award at the Cannes Film Festival. He is also a seven-time winner at the Hong Kong Film Awards and three-time winner at the Golden Horse Film Awards, holding the record for most awards in the Best Actor category. The 2002 book East Asian Film Stars describes Leung as "undoubtedly one of the most successful and widely-acclaimed Hong Kong actors of his generation, with a broad and diverse filmography."[3]

Leung was born in Hong Kong. Leung's early childhood was punctuated with parents' quarrels and arguments about money. A mischievous boy in his early years, Leung's personality changed when his father, a chronic gambler, left the family when he was eight; he and his younger sister were brought up by their mother.[4][5]

Leung was a reticent, quiet child.[6] He has said that his childhood experiences paved the way for his acting career, which allows him to openly express his feelings:

Leung went to private school, but he quit at the age of 15 due to financial difficulties. He was a well-behaved teenager who was very close to his mother. During an interview on the making of Hero, he says that he sees his mother as his definition of a "hero" for having brought up two children alone.[citation needed]

After quitting his studies, Leung worked in a variety of jobs, first as a grocer's runner at his uncle's shop, then a showroom salesman in a Hong Kong shopping centre. Around the age of 16 he met future actor and comedian Stephen Chow who influenced his decision to become an actor and remains a good friend.[7]

In 1982, he passed the training courses of television channel TVB. Due to his boyish looks, TVB cast him as host of a children's programme, 430 Space Shuttle. Leung enjoyed comedies during his television years; it was for these he became well known. So, in the 1980s, he was named as one of "TVB's Five Tigers" (their five up-and-coming male TV stars) along with Andy Lau, Felix Wong, Michael Miu and Kent Tong. Leung starred in the highly successful Police Cadet TV serial in 1984 (later named Police Cadet 84 to distinguish it from subsequent sequels).

Interviewed by Wong Kar Wai, Leung said that he considered Maggie to be his alter ego. "Maggie is a truly formidable partner - one to waltz with. We do not spend a lot of time with each other, as we like to keep some mystery between us. Whenever I see her, I discover something new about her".[8]

Leung's hand print and autograph at the Avenue of Stars in Hong Kong.

Many consider Leung's role in director John Woo's 1992 action film Hard Boiled in which he co-starred with Chow Yun-fat, as his breakthrough role. However, Leung first gained international exposure in Hou Hsiao-hsien's 1989 film A City of Sadness, which won the Venice Golden Lion.

Leung often collaborates with director Wong Kar-wai and has appeared in many of his films. His most notable roles include the lonely policeman in Chungking Express (1994), a gay Chinese expatriate living in Argentina in Happy Together (1997), and a self-controlled victim of adultery in In the Mood for Love (2000) for which he won the Best Actor award at Cannes.[9] He trained for five years in wing chun to prepare for his role as Ip Man in Wong's The Grandmaster.[10] He is considered by many to be one of the finest actors of his generation in Hong Kong. Robert De Niro and Brad Pitt are admirers of his work,[11] and Leung has been called Asia's answer to Clark Gable.[5]

Leung also has an on-and-off Cantopop and Mandarin pop singing career and sang the theme song of Infernal Affairs with Andy Lau.

During the late 1990s, it was difficult for him to break into Hollywood because he would not take on any roles that degrade his character and image in Hong Kong. To date, he has not done a Hollywood film, but is primed to appear in one after signing on with an American film agent.[12][13]

In addition to Cantonese, English, and Spanish, Leung speaks Mandarin (accented) and some Japanese (as heard in Tokyo Raiders). Lust Caution is the first film where he has a Mandarin-speaking role in which he used his own voice. (His Mandarin dialogue in Hero was dubbed by someone else.)

During the promotion of the film Hero, some politicians and commentators in Hong Kong attacked Leung for expressing the view that the Tiananmen Square demonstration crackdown was necessary to maintain stability. Under constant political pressure and boycott threats, Leung made a single statement that he may have been quoted out of context but refused to retract his statement in the magazine.[14] However, the movie magazine editor maintained that the original statement was not out of context and challenged people to read the complete interview.

In 2014 he was selected as a member of the jury for the 64th Berlin International Film Festival.[15]

Relationship and marriage with Carina Lau

In 1990, during the filming of Days of Being Wild, Lau was abducted for several hours. Wong Kar-wai said, "Originally, there were plans for Days of Being Wild I and II, and the sequence featuring Leung was meant to be the opening scene of the second movie. But two things happened, one of which was that Days of Being Wild didn't do well in Hong Kong, so the producers said, "No Part 2." The other reason was Carina Lau's kidnapping.[6]

On 21 July 2008, the couple got married in Bhutan in royal fashion. The wedding created a media frenzy in Hong Kong, with companies spending hundreds of thousands of dollars to pursue the wedding party.[16]

According to Ming Pao Daily News, Faye Wong and her husband actor Li Yapeng had taken them to India in 2007 to visit the 17th Karmapa. The Karmapa's counsel helped them to resolve a crisis in their relationship, and he also suggested Bhutan as a wedding venue.[17]

Tony Leung is a Buddhist. He has donated to constructions of Buddhist institutions, performing a marriage in a Buddhist ceremony, attending Buddhist gatherings and doing the Buddhist palm greetings.[18]