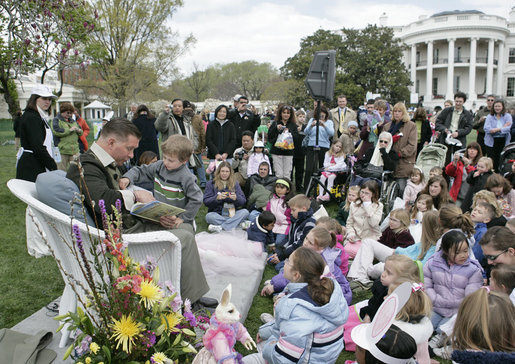 Baldwin began acting on television and made his film debut in The Beast. He starred in the western television series The Young Riders and in Threesome (1994).[7] Baldwin landed a breakthrough role in The Usual Suspects (1995) and played Barney Rubble in The Flintstones in Viva Rock Vegas (2000). He participated in Celebrity Mole Hawaii, the first celebrity edition of The Mole in 2002. ABC broadcast the program in early 2003. Later that year, he returned for Celebrity Mole Yucatán, which ABC aired in early 2004. In 2006, Baldwin played a villainous thug in the television film Jesse Stone: Night Passage. In August 2007, Baldwin returned to television, when CMT cast him in Ty Murray's Celebrity Bull Riding Challenge, one of nine celebrities cast.[8] In the first episode, Baldwin was injured in a bad fall from a wooden pontoon, breaking his shoulder blade and cracking a rib. Under doctor's orders, he left the show in the second episode. From January to March 2008, Baldwin appeared on Donald Trump's Celebrity Apprentice on NBC. He finished fifth out of the 14 celebrity contestants. He and Trace Adkins became friends while competing on the show. In October 2008, Baldwin appeared in Adkins's music video, "Muddy Water". In March 2013, Baldwin returned to compete in All-Star Celebrity Apprentice. He was a contestant on the 2009 NBC reality show, I'm a Celebrity…Get Me out of Here!.[9] Baldwin quit the show mid-season. On the second episode, he baptized The Hills actor Spencer Pratt.

Baldwin resides in the village of Nyack, New York, with his wife, the Brazilian graphic designer Kennya Baldwin (née Deodato), whom he met in 1987 and married in 1990. They have two daughters, Alaia and Hailey Baldwin,[10] Both are models. Stephen's father-in-law is Brazilian composer Eumir Deodato.[11]

In 2006, Baldwin launched a campaign to prevent an adult bookstore from opening in Nyack.[12] He has a tattoo on his left shoulder of the initials "HM" for Hannah Montana. He got the tattoo after making a pact with Miley Cyrus and Kayla Bell that he would be allowed to cameo on the show if he had the initials tattooed on him. He revealed the tattoo to Cyrus at a book signing in Nashville on November 10, 2008.[13] He was never given the opportunity to appear on the show and has since said that he regrets getting the tattoo.[14]

In June 2009, Baldwin's foreclosed $515,000, 1.4-acre home in Rockland County, New York was publicly auctioned after he and his wife defaulted on more than $824,000 in mortgage payments.[15] In July, Baldwin filed for Chapter 11 bankruptcy protection claiming more than $2.3 million in debt. Court papers showed he owed $1.2 million on two mortgages on a New York property valued at only $1.1 million, more than $1 million in taxes, and credit card debt.[16]

Baldwin was the first person to enter the Celebrity Big Brother house on January 3, 2010. The theme for this series was "Hell", with a devil head on the front door. He frequently taunted the head by saying "you're a loser". During his stay in the house he frequently read passages from the Bible to his fellow housemates.[17] He failed to win many fans and was evicted on January 22, 2010, becoming the fourth housemate to be evicted. In a three-way vote—against Ivana Trump and Sisqó—he received 50% of the public vote.[18] After his eviction, the website restorestephenbaldwin.org, unsolicited by him, began soliciting cash donations to improve Baldwin's career.[19]

In December 2010, Baldwin filed a $3.8 million lawsuit against Kevin Costner over oil-separating technology that was used to help solve the BP oil spill in the Gulf of Mexico.[20] In June 2012, a jury sided with Costner and awarded Baldwin no damages. In March 2013, Baldwin pleaded guilty to failing to file income taxes for the years 2008, 2009 and 2010. Baldwin agreed to pay $300,000 within a year, or he will be sentenced to five years' probation and have five years to pay the money.[21]

Baldwin talks on the red carpet of a Children Uniting Nations party, 2009

In September 2006, Baldwin released his book titled The Unusual Suspect, which details highlights from his personal life, career, days of drug abuse, and his turn to becoming a born-again Christian after the September 11 attacks in 2001.[22][23] In the same year, Baldwin, Mario D'Ortenzio and Bobby Brewer founded Breakthrough Ministry, which was designed to use extreme sports as a ministry via arena tours, called AsSalt Tours. The tours featured extreme sports celebrities, including Christian Hosoi. In 2007, Daniel Southern joined Baldwin as president of his ministry.[24]

In late 2008, Baldwin formed a for-profit organization called Antioch Ministry, which exists "to facilitate the gifts and calling of Stephen Baldwin".[25] In 2009, Baldwin and Southern launched a third ministry called Now More Than Ever, designed to reach enlisted men and women in the military around the world. In 2008, Baldwin teamed up with conservative talk-radio host Kevin McCullough to put together a Saturday radio show called Baldwin/McCullough Radio. As of April 18, 2009, the show aired on 213 stations and in more than 400 cities across the US, and worldwide on Sirius 161 and XM 227.[26] Baldwin appears weekly on the show from the broadcast studios in New York City, and from various locations around the country when he is traveling for other business purposes. He has traveled to other countries to speak about his faith.[citation needed]

In 2007, Baldwin endorsed Sam Brownback for U.S. President.[27] After Brownback ended his campaign, Baldwin switched his support to Mike Huckabee.[28]

Baldwin was an outspoken supporter of the John McCain-Sarah Palin presidential ticket after Huckabee dropped out of the 2008 presidential election. The same year, Baldwin threatened to move to Canada if Barack Obama was elected, and challenged the candidate to box for charity.[29]

In June 2011, Baldwin floated the possibility of entering New York City's 2013 mayoral election as an opponent of his brother Alec, who had suggested that he may run himself.[30]

Baldwin endorsed Donald Trump for President in the 2016 presidential election.[31]

Report a problem
Write to Stephen Baldwin at FanPal • 2020