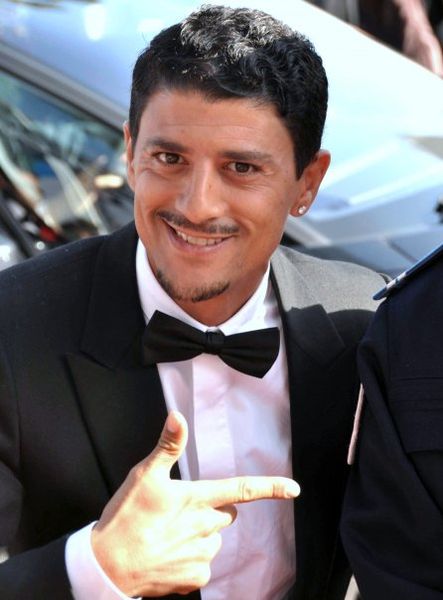 Saïd Taghmaoui (born July 19, 1973) is a French-American actor and screenwriter of Moroccan descent. One of his major screen roles was that of Saïd in the 1995 French film La Haine, directed by Mathieu Kassovitz. Taghmaoui has also appeared in a number of English-language films, with roles such as Captain Said in Three Kings (1999) and Sameer in Wonder Woman (2017).

Taghmaoui was born in Villepinte, Seine-Saint-Denis, into a large family comprising eight children; he had four brothers and three sisters.[1][2] His parents were Moroccan immigrants of Berber ancestry from Essaouira.[2] Taghmaoui grew up in the Rose des Vents quartier of the Aulnay-sous-Bois commune.[3] He dropped out of school to become a boxer, rising as high as No. 2 in his weight class in France.[4]

He later met actor and director Mathieu Kassovitz; together, they appeared in Kassovitz's film La Haine (1995), whose plot concerns race and violence in the ghettoized banlieues of Paris. The following year, Taghmaoui was nominated for a César Award (in the Most Promising Actor category) for his performance.

He has since pursued an international career, appearing in films in Germany, Italy, Morocco and the United States (Three Kings, 1999). Taghmaoui starred in Vantage Point (2008) as the leader of a terrorist group plotting to kidnap the U.S. president. In Morocco, he appeared in Djinns (2010), a film about the Algerian War, alongside Thierry Fremont.[3] Taghmaoui's television work includes Lost, House of Saddam and Touch. He appeared in the British film My Brother the Devil, which was released globally in 2013.

Taghmaoui is a practicing Muslim.[5] He moved to the United States in 1999 and in 2008, obtained American citizenship.[1]

Report a problem
Write to Said Taghmaoui at FanPal • 2021