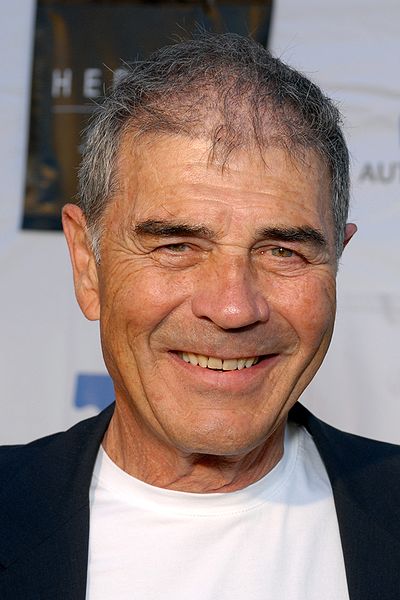 Robert Wallace Forster, Jr. (born July 13, 1941) is an American actor, known for his roles as John Cassellis in Haskell Wexler's Medium Cool (1969), Lebanese terrorist Abdul Rafai in The Delta Force (1986), and Max Cherry in Quentin Tarantino's Jackie Brown (1997), for which he was nominated for the Academy Award for Best Supporting Actor.

Forster was born in Rochester, New York, the son of Grace Dorothy (née Montanarella) and Robert Wallace Forster, Sr., who worked as an elephant trainer for the Ringling Bros. and Barnum & Bailey Circus and later as an executive for a baking supply company.[1][2] His mother was Italian American, while his father was of English and Irish descent.[3] The couple divorced in 1949.

As a tribute to his father, Forster hung one of his father's Barnum & Bailey Circus posters in the office of his character in Jackie Brown.[citation needed] He completed his Bachelor of Arts in history in 1964 at the University of Rochester, where he starred in student dramatic performances such as Bye Bye Birdie and, after initially intending to study law, instead decided to become an actor.[citation needed]

After acclaimed supporting performances in two major Hollywood films, one as Private Williams in John Huston's Reflections in a Golden Eye (1967), another as part-Indian Army scout Nick Tana in Robert Mulligan's The Stalking Moon (1968), Forster starred in the critically acclaimed film Medium Cool (1969). After starring roles in the television series Banyon (1972) and Nakia (1974), he played mostly supporting roles in action and horror films including Disney's The Black Hole (1979). Forster had lead roles in cult B-movies in the 1980s like Alligator (1980), Vigilante (1983), The Delta Force (1986), and The Banker (1989).

In 1997, Forster was nominated for an Academy Award for Best Supporting Actor for Jackie Brown, which he credits with reviving his career. He has since had consistent work in the film industry, appearing in Like Mike, Mulholland Drive, Me, Myself & Irene, Lucky Number Slevin, and Firewall, to name a few. He recently appeared in the made-for-television movie The Hunt for the BTK Killer, as the detective intent on capturing serial killer Dennis Rader. Forster also played the father of Van on the short-lived Fox series Fastlane.