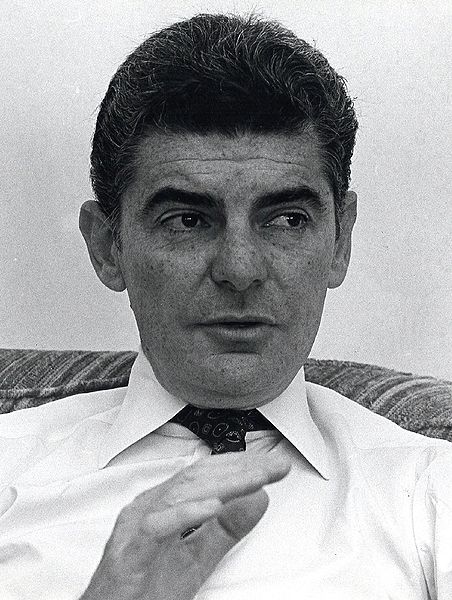 After directing for television, his first film as director was the 1982 comedy My Favorite Year,[6] for which star Peter O'Toole was nominated for an Academy Award. His other films as director include City Heat (1984), starring Burt Reynolds and Clint Eastwood, The Money Pit (1986) with Tom Hanks, and Made in America (1993) with Whoopi Goldberg.

Benjamin was born in New York City, the son of Samuel Roger Benjamin (1910-1997), a garment industry worker.[7] His family was Jewish.[8] He attended the High School of Performing Arts and graduated from Northwestern University, where he was involved in many plays and studied in the Northwestern theater school.[citation needed]

He married actress Paula Prentiss on October 26, 1961; they have two children who are also actors: Ross Benjamin and Prentiss Benjamin. Richard and Paula appeared together in short-lived television series He & She (1967-68) and the movie version of Catch-22 (1970), as well as the Australian film No Room to Run (1976) and the 1981 horror spoof Saturday the 14th.[3] In 1978, he starred in the ambitious but short-lived television series Quark.[9]

Benjamin starred in Goodbye, Columbus (1969), based on the novella by Philip Roth,[2] as well as Diary of a Mad Housewife, The Steagle,[10] The Marriage of a Young Stockbroker, and another film based on a famous Roth work, Portnoy's Complaint (1972), in the title role.

He played a sexually ambiguous murder suspect in The Last of Sheila (1973), a mystery conceived and co-scripted by Anthony Perkins and Stephen Sondheim. In an imaginative Michael Crichton story, Westworld (1973), Benjamin played a man vacationing as a make-believe cowboy in a theme park where he ends up being stalked by a robot gunslinger played by Yul Brynner.[4]

Then he returned to comedy, with a supporting role as a harried theatrical agent in the Neil Simon hit The Sunshine Boys opposite Walter Matthau and George Burns,[5] and as Matthau's colleague at an ineptly run hospital in House Calls (1978). Benjamin also played a frustrated fiance of a woman who falls for the vampire Count Dracula in the surprise box-office smash Love at First Bite (1979) starring George Hamilton and Susan Saint James.[11]

Benjamin's first film as a director (after directing a few productions for television) was the highly acclaimed period comedy My Favorite Year (1982), which brought an Oscar nomination to its star, Peter O'Toole.[6] Benjamin went on to direct a number of Hollywood films, mainly comedies, including City Heat (1984) with Burt Reynolds and Clint Eastwood[15] and The Money Pit (1986) with Tom Hanks and Shelley Long.[16] He directed Cher and Winona Ryder in Mermaids (1990) and the 1993 romantic comedy Made in America that co-starred Whoopi Goldberg and Ted Danson.

In 2006, Benjamin directed award-winning cable television drama A Little Thing Called Murder, starring Australian Judy Davis. It was based on the true story of Sante and Kenny Kimes, mother and son grifters and killers.[17]

Report a problem
Write to Richard Benjamin at FanPal • 2021