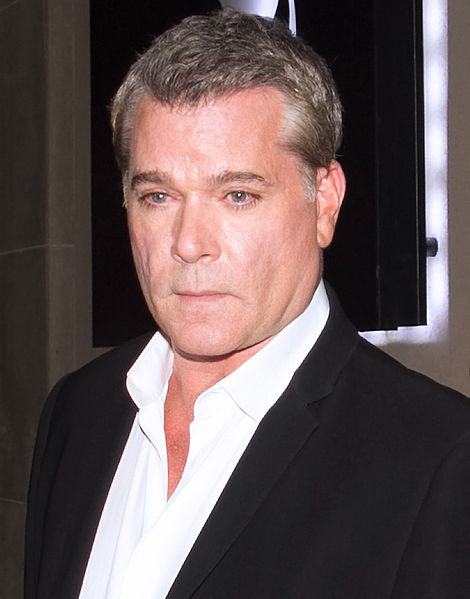 Liotta is best known for his portrayal of Henry Hill in the crime drama Goodfellas (1990); other notable roles include Ray Sinclair in Jonathan Demme's Something Wild (1986), for which he received a Golden Globe nomination, Shoeless Joe Jackson in Field of Dreams (1989), Officer Pete Davis in Unlawful Entry (1992), Officer Gary Figgis in Cop Land (1997), Paul Krendler in Hannibal (2001), Fred Jung in Blow (2001), Tommy Vercetti in the video game Grand Theft Auto: Vice City (2002), Chief Gus Monroe in John Q (2002), Samuel Rhodes in Identity (2003), Markie Trattman in Killing Them Softly (2012), and Peter Deluca in The Place Beyond the Pines (2012).

He also starred as Lieutenant Matt Wozniak in the television drama Shades of Blue (2016-2018).

Liotta was born in Newark, New Jersey,[1] and adopted at the age of six months by Mary Liotta, an appointed township clerk,[2] and Alfred Liotta,[3][4] an auto-parts store owner, personnel director, and the president of a local Democratic club.[2][5] His adoptive parents both unsuccessfully ran for local office.[6] He has a sister, Linda Liotta, who is also adopted.

Liotta has said he knew he was adopted as a young child and did a show-and-tell report on it for kindergarten.[7] Liotta located his biological mother in the 2000s.[7] His adoptive parents were of Italian and Scottish ancestry. After research and talks with his biological mother, he learned he was part Scottish.[8][9] He has one half brother, five half sisters, and a full sister.[10]

Liotta was raised Roman Catholic, although his family was not very religious.[11] Liotta said the family went to church and he received first communion and was confirmed, but the family did not pray much. He occasionally uses prayer in his daily life.[11]

Liotta's parents were both Democrats. Liotta recalls attending parades handing out flyers for his father's run for Township Committee.[7]

Liotta graduated from the University of Miami, where he received a degree in fine arts in 1978 and studied acting with Robert "Buckets" Lowery.[13] He performed in musicals such as Cabaret, Dames at Sea, Oklahoma, and Sound of Music, during college, especially in his first year of acting studies.[14]

After college, Liotta moved to New York City. He got a job as a bartender at the Shubert theaters and landed an agent within six months.[8]

One of Liotta's earliest roles was as Joey Perrini on the soap opera Another World; he appeared on the show from 1978 to 1981. He quit the show so he could try his luck in the film industry, and moved to Los Angeles. He made his film debut in a sexual assault scene with Pia Zadora and a garden hose in 1983's The Lonely Lady. His first major acting role was Something Wild (1986),[7][15] which earned him his first Golden Globe nomination.[16] In 1989, he costarred alongside Kevin Costner in the fantasy/drama film Field of Dreams—Liotta portrayed Shoeless Joe Jackson, the ghost of the famed baseball player.[citation needed]

In 1992, he costarred as a psychopathic cop alongside Kurt Russell and Madeleine Stowe in the thriller Unlawful Entry. He appeared in a leading role in the science-fiction/action film No Escape. In 1996, he starred with Linda Fiorentino and Peter Coyote in the sci-fi/thriller Unforgettable. Liotta earned critical praise for his turn in James Mangold's 1997 film Cop Land, starring alongside Sylvester Stallone, Robert De Niro, and Harvey Keitel. In 1998, he received critical praise for his performance in Phoenix playing a compulsive gambler.[citation needed]

In addition to his film roles, Liotta portrayed singer Frank Sinatra in the 1998 TV movie The Rat Pack (for which he received a Screen Actors Guild award nomination), provided the voice of Tommy Vercetti for the 2002 video game Grand Theft Auto: Vice City, and appeared in the television drama ER in 2004, playing Charlie Metcalf in the episode "Time of Death".[17] The ER role earned Liotta an Emmy for Outstanding Guest Actor in a Drama Series (Liotta later spoofed himself and his Emmy win in Bee Movie). Liotta starred in the 2006 CBS television series Smith, which was pulled from the schedule after three episodes, and in 2012, Liotta appeared as himself in a purely vocal role for the "What a Croc!" episode of the Disney Channel comedy series Phineas & Ferb.[17]

Liotta played the father of drug dealer George Jung in the 2001 Johnny Depp film Blow and, in the following year, appeared as Detective Lieutenant Henry Oak in the Joe Carnahan-directed film Narc,[17] a role that led to an Independent Spirit Award nomination and a Phoenix Film Critics Society Awards nomination for Best Supporting Male.[citation needed]

He then reunited with director James Mangold in 2003, alongside John Cusack and Alfred Molina, in the dark horror-thriller Identity. In 2005, he narrated Inside the Mafia for the National Geographic Channel. He later appeared in Smokin' Aces—reuniting with Narc director Carnahan, in which he portrayed an FBI agent named Donald Carruthers in one of the lead roles.[17]

Liotta appeared with John Travolta in the movie Wild Hogs, in Battle in Seattle as the city's mayor, and in 2008, starred in Hero Wanted as a detective alongside Cuba Gooding Jr. Also in 2008, he made a guest appearance on the SpongeBob SquarePants episode "What Ever Happened to SpongeBob?"; in the episode, he voices the leader of a gang called the Bubble Poppin’ Boys, who try to kill an amnesiac SpongeBob (voiced by Tom Kenny) because bubble blowing is illegal in New Kelp City, but they get blown away by him, and SpongeBob becomes the new mayor of the city; the episode also had liotta work with another legendary actor, Clancy Brown, who voices Mr. Krabs on the show, although their characters don’t share any screen credit. He also appeared in Crossing Over, co-starring Harrison Ford. Liotta played Detective Harrison in the 2009 Jody Hill comedy Observe and Report as Seth Rogen's nemesis from the local police. In 2011, he starred in The Son of No One, opposite Channing Tatum, and for the first time in his career, Al Pacino.[17]

In the 2010s, Liotta appeared in Date Night, with Steve Carell, Charlie St. Cloud with Zac Efron, the independent drama Snowmen, and The River Sorrow, which stars Liotta as a detective alongside Christian Slater and Ving Rhames. He starred alongside Brad Pitt and James Gandolfini in the 2012 Andrew Dominik film Killing Them Softly[21] and the 2013 Ariel Vromen film The Iceman features Liotta as the character of Roy DeMeo.[22] He had a supporting role in Muppets Most Wanted (2014).[17]

In 2014, Liotta played a preacher in the faith-based film The Identical.[14][23] He had a supporting role in crime drama film Revenge of the Green Dragons, executive produced by Martin Scorsese.[citation needed]

Liotta starred in the Western miniseries Texas Rising for The History Channel in 2015. Other projects include Kill the Messenger with Jeremy Renner, Stretch with Chris Pine and a David Guetta video.[23]

Since June 2015, Liotta narrates the AMC docu-series The Making of the Mob.[24]

In 2016, Liotta began starring opposite Jennifer Lopez in Shades of Blue.

Liotta married actress Michelle Grace in February 1997 after they met at her former husband Mark Grace's professional baseball game.[25] Together they co-starred in The Rat Pack, in which Liotta played Frank Sinatra and Grace played Judith Campbell Exner. They have a daughter, Karsen Liotta, born in 1998.[26][8] The couple divorced in 2004.[2][8]

From his experience shooting the Western Texas Rising, Liotta says he has continued horseback riding. He said, "I was obsessed with riding horses . I love it now. I've never had a hobby. It might be my new hobby. Just love it, everything about them. Horses are unbelievable, smart, loyal, and moody, which I can relate to."[7]

On February 19, 2007, Liotta was arrested under suspicion of driving under the influence after crashing his Cadillac Escalade into two parked vehicles in Pacific Palisades.[27] He pleaded no contest.[28]