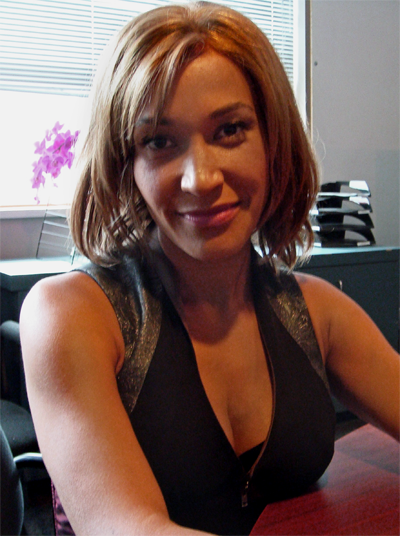 Luttrell was born in Dar Es Salaam, Tanzania, the daughter of Veronica Makihio Shenkunde Luttrell of the Washambala tribe of The Usambara Mountains, and Dr. William Leon Luttrell from Bossier City, Louisiana. She is one of four daughters. Her family emigrated to Canada when she was five years old, and she was raised in Toronto. Her family has several musical roots; her father, a former member of the critically acclaimed Toronto Mendelssohn Choir, trained Luttrell's soprano voice. She studied ballet at the Russian Academy of Classical Ballet School and also studied piano at The Royal Conservatory of Music in Toronto.
Read more...

Luttrell made her professional débuts in Canada's premier production of Miss Saigon in Toronto, and as "The Enchantress" the Canadian production of Disney's Beauty And The Beast. She would go on to appear in many other stage productions, such as Once On This Island, Goblin Market, and the premier performance of Pulitzer Prize-winning playwright Lynn Nottage's Las Meninas.

Following a move to Los Angeles, Luttrell would go on to appear in many guest star roles on television series.[1]

Frustrated with some of the roles being offered to her at the time, she was considering giving up on her acting career and enrolling at UCLA to study architecture. She ventured to the UK instead and studied at the British American Drama Association on a midsummer course at Balliol College, Oxford. Shortly after her return to Los Angeles, Luttrell was cast in her most high-profile role to date, as Teyla Emmagan on Stargate Atlantis.[2]

She also appeared in the Canadian movie, A Dog's Breakfast which was directed by her fellow Stargate Atlantis co-star David Hewlett.

Luttrell is married to Loyd Bateman; they have two children together. Luttrell has two younger sisters, Erica Luttrell, who is also an actress, and Amanda Luttrell Garrigus, who is an on-air personality for fashion and entertainment. Luttrell is sometimes credited as "Rachel Z. Luttrell".