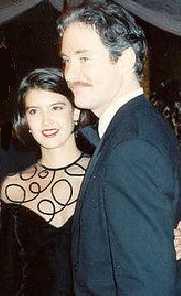 Cates was born in New York City, to a family of television and Broadway production insiders. She is the daughter of Lily and Joseph Cates (originally "Joseph Katz"),[1] who was a major Broadway producer and a pioneering figure in television, and who helped create The $64,000 Question.[2][3] Her late uncle, Gilbert Cates, produced numerous television specials, often in partnership with Cates's father, as well as several annual Academy Awards shows. Her father and maternal grandmother were of Russian-Jewish descent, and her maternal grandfather was Chinese-Filipino.[4][5][6] Cates' mother was born in Shanghai, China.[7]

Cates attended the Hewitt School, the Professional Children's School, and the Juilliard School.[8] When she was ten, she wanted to become a dancer. She eventually got a scholarship to the School of American Ballet, but after suffering a serious knee injury at age 15, she gave up her dancing career.[9] She next began a career as a professional model, which was short-lived, although successful.[9] Cates, however, did not like the industry: "It was just the same thing, over and over. After a while, I did it solely for the money."[10]

After ending her modeling career, Cates decided to begin acting.[9] Although her father was an actor as well, he was not enthusiastic about his daughter's new acting career.[9] Cates's acting debut was in Paradise (filmed March to May 1981)[11]. In the movie she performed several nude scenes while still a minor (age 17). The movie had a plot similar to The Blue Lagoon. She also sang the film's main theme song and recorded an album of the same name. In a 1982 interview, she recalled having trouble with the change of career, because as a model, she had to be conscious of the camera, whereas in front of the movie camera, she could not.[10] Cates later regretted being in the movie and said, "What I learned was never to do a movie like that again."[9] According to her co-star Willie Aames, "She will have nothing to do with the film. She's really upset about it. She won't do any promotion with me."[12]

Later in 1982, Cates starred in Fast Times at Ridgemont High, which features what Rolling Stone described as "the most memorable bikini-drop in cinema history."[13] She was quoted as saying that she had the most fun in filming that movie.[9] The following year, she was in the comedy Private School, which co-starred Matthew Modine and Betsy Russell, and for which she sang on two songs of the film's soundtrack, "Just One Touch" and "How Do I Let You Know".

Cates's later film roles were more modest and largely oriented toward younger audiences, such as the two Gremlins films and the 1991 film Drop Dead Fred. Her face graced the covers of teen magazines such as Seventeen, Tiger Beat, Teen Beat, and others. In 1984, she starred in the TV mini-series Lace, based on a novel which Shirley Conran had written. She played the role of Lili "to get away from a sameness in her movie portrayals."[14] During her audition, she so impressed the writer that he wanted to hire her there and then.[14] Cates struggled with the portrayal of a bitter movie star because, despite her character's vicious persona, she intended for the audience to sympathize with her.[15] She did not read Conran's novel, on which the movie was based, because she did not want to have a "fixed image."[15] Her line in the film, "Which one of you bitches is my mother?", was named the greatest line in television history by TV Guide in 1993.[16]

In 1985, Cates appeared Off-Broadway in Rich Relations, written by David Henry Hwang of the Second Stage Theatre.[17] In 1994, she starred in the fact-based romantic comedy-drama Princess Caraboo.

Cates retired from acting in 1994 in order to raise her children.[citation needed] She returned to acting in 2001 for one film, The Anniversary Party, as a favor to her best friend and former Fast Times at Ridgemont High castmate, Jennifer Jason Leigh,[citation needed] who directed the film.

In 2015, Cates provided the voice of her Gremlins character Kate Beringer for the video game Lego Dimensions.[18]

In the early 1980s, Cates shared an apartment in Greenwich Village with her then boyfriend Stavros Merjos. She first met him in 1979, when she went out to her first night in Studio 54 with family friend Andy Warhol.[10]

In 1983, during her audition for a role (that eventually went to Meg Tilly) in The Big Chill, Cates met actor Kevin Kline for the first time and became romantically involved with him. In 1989, they married, and she changed her name to Phoebe Cates Kline.[19] The Klines later moved to Cates' native New York City with their two children, son Owen Joseph Kline (born 1991) and daughter Greta Simone Kline (born 1994). Both Owen and Greta appeared, along with their parents, in the 2001 movie The Anniversary Party. Owen also appeared in the 2005 film The Squid and the Whale, whereas Greta pursued a musical career using the stage name Frankie Cosmos.[20]

Report a problem
Write to Phoebe Cates at FanPal • 2021