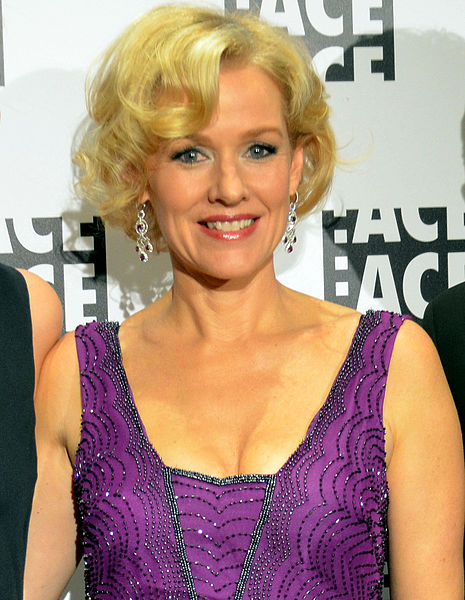 Miller was born in Los Angeles, California, the eldest daughter of Beatrice (née Ammidown), a costume designer, publicist, and journalist, and Mark Miller, a television actor and producer.[1] Her mother was the goddaughter of businessman Aristotle Onassis and an editor of Harper's Bazaar.[2] She has an younger sister, Marisa Miller,[3] who is also a film actress, and a younger sister, Savannah Miller, who is a social worker.

Miller graduated from high school in Los Angeles and attended Menlo College in Atherton CA for two years from 1981-1983, then moved to New York City to study theatre.

Her Broadway theatre break came in 1985 when she was cast in the lead (opposite Matthew Broderick) in the Neil Simon play Biloxi Blues. (She would also star with Broderick in the 1988 film version of that play). She played a role in one episode ("Death and the Lady") of the television series Miami Vice (which aired on October 16, 1987), and accepted several other small roles in film and television work. She then returned to Broadway in a revival of Our Town; her portrayal of Emily garnered her a Tony award nomination. She then appeared as Pee-wee Herman's (Paul Reubens) fiancée, Winnie Johnston, in the 1988 release of Big Top Pee-wee. She played a supporting role in 1989's "Dead Bang", a cop thriller starring Don Johnson.

In 1990, she played Paula in Awakenings, starring Robert De Niro and Robin Williams. She also appeared in the 1990 movies Downtown, with Anthony Edwards and Forest Whitaker, and Kindergarten Cop, alongside Arnold Schwarzenegger, playing a teacher, hiding with her son Dominic from her criminal drug-dealing husband Cullen Crisp (Richard Tyson). She subsequently appeared in a number of other theatrical movies, notably as Edna Purviance in Chaplin and with Tim Daly as Margaret "Maggie" Harwood in Peter Yates' film Year Of The Comet, both in 1992, and the following year she appeared opposite Al Pacino in Carlito's Way.

Miller co-starred with Marlon Brando (as his daughter) in 1990's The Freshman, again opposite Matthew Broderick, and with Gregory Peck (as his lawyer and stepdaughter) in 1991's Other People's Money. She also appeared as Margo Lane in The Shadow with Alec Baldwin, as well as in the film Miles from Home directed by Gary Sinise. She had the lead role in the big-budget creature feature The Relic (1997) as Dr. Margo Green. In 1998, she portrayed Barbara Henry in Ruby Bridges a made-for-television movie that was made by the Disney company, about Ruby Bridges, the first black student to attend an all-white elementary school in New Orleans. In 2000, she played the scandalous teacher Mary Kay Letourneau in the TV version of a true story, All-American Girl: The Mary Kay Letourneau Story.

In 2002, Miller starred in the film Dead in a Heartbeat and in a two-part episode of A&E's series A Nero Wolfe Mystery. Her 2005 film Funny Money was voted the top film of the Sarasota Film Festival. She appeared in the Fox series Vanished for six episodes, playing the ex-wife of a U.S. senator whose wife has mysteriously disappeared. Her 2007 comedy Blonde Ambition co-starring Jessica Simpson and Luke Wilson. She guest-starred as Fran on Desperate Housewives. Miller appeared in the horror film The Messengers, co-starring Dylan McDermott and Kristen Stewart. The film was produced by director Sam Raimi's production company, Ghost House Pictures. In 2011, she portrayed Doris, the wife of protagonist George Valentin (Jean Dujardin), in the Academy Award-winning film The Artist.

After a recurring role on the ABC soap series Mistresses, Miller was cast in 2015 as a regular in the first season of ABC's drama series American Crime.[4]