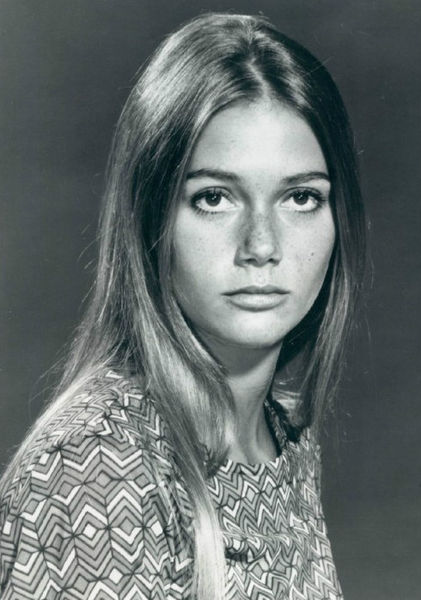 Margaret Ann "Peggy" Lipton (born August 30, 1946) is an American actress and former model. Lipton became an overnight success through her best-known role as flower child Julie Barnes in the ABC counterculture television series The Mod Squad (1968-1973) for which she won the Golden Globe Award for Best Actress - Television Series Drama in 1970. Her fifty-year career in television, film, and on stage[1] included many roles, most notably that of Norma Jennings in David Lynch's surreal Twin Peaks. Lipton was married to the musician and producer Quincy Jones and is mother to their two daughters, Rashida Jones and Kidada Jones, who also became actresses.[1]

Lipton was raised on Long Island with her brothers, Robert, who became an actor, and Kenneth. She attended Lawrence Junior High School and the Professional Children's School.[12] Sexually abused by an uncle,[13] Lipton was a nervous, withdrawn child. She had a stutter that at times prevented her from saying her own name.[14] In 1964, the family moved to Los Angeles; there Lipton became what she described as a "Topanga Canyon hippie", exploring meditation and yoga, and subsisting on rice cakes and cottage cheese.[14]

Lipton's father arranged her first modeling jobs in New York, while her mother encouraged her to take acting lessons.[14] At 15, Lipton became a Ford Agency model and enjoyed a successful early career.[8] After she and her family moved to Los Angeles in 1964, Lipton signed a contract with Universal Pictures. She made her television debut at age 19 in the NBC sitcom The John Forsythe Show (1965).[15] Between 1965 and 1968, she appeared in episodes of the following series: Bewitched, The Virginian, The Invaders, The Road West, The F.B.I., Walt Disney's Willie and the Yank, The Alfred Hitchcock Hour, and Mr. Novak.

Lipton's star rose on The Mod Squad. Appearing waiflike and vulnerable, as David Hutchings wrote,[8] her performance as "canary with a broken wing" Julie Barnes earned her four Emmy nominations and four Golden Globe nominations during her tenure. In 1971, she won a Golden Globe Award for Best TV Actress in a Drama.[8] Thin with long, straight, ash blonde hair, clad in mini-skirts, bell bottoms, and love beads, Lipton's Julie Barnes became a fashion icon and the hip "it" girl of her time.[16]

As a singer she enjoyed some success, with three of her singles landing on the Billboard charts: "Stoney End" (No. 121 Bubbling Under Hot 100, 1968, later a hit for Barbra Streisand in 1970) and "Lu" (1970), both written by Laura Nyro. Her "Wear Your Love Like Heaven" (1970) was written by Donovan. "Stoney End" is included in her 1968 album Peggy Lipton (Ode Records), which was released on CD on July 29, 2014 by RealGone Music, along with other singles and previously unreleased material (nineteen tracks in all). Lipton is listed as one of several co-writers of the Frank Sinatra 1984 hit, "L.A. Is My Lady".

In 1988, Lipton returned to acting. She gained attention for her performance as Norma Jennings in the TV series Twin Peaks (1990-91) and subsequently appeared in many TV shows, including recurring roles in Crash and Popular. In 2017 she reprised her character of Norma Jennings in the revival of Twin Peaks. Also in 2017 she appeared in an episode of Angie Tribeca, as Peggy Tribeca, the mother of the title character played by her daughter Rashida Jones.

Lipton was briefly linked with Paul McCartney.[17] During the late 1960s and the early 1970s, Lipton had relationships with a series of alcoholic, abusive, or married men. During this time, she also used drugs.[18] Lipton covered some of this period in her memoir Breathing Out (2005), co-written by David and Coco Dalton. She revealed that she had been diagnosed with colon cancer in 2004 and treated for it.[19] Jack Chartier, at the time chief of staff of the New York State Comptroller Alan Hevesi, was in love with Lipton; starting in 2003 venture capitalist Elliott Broidy, as part of a quid pro quo scheme to encourage investment in his private equity firm, quietly paid up to $90,000 to Lipton to help her with rent and hospital bills, at the request of Chartier. Toward the same end Broidy also invested another $44,000 in a business venture in which one of Lipton's daughters was involved.[20][21]

After Lipton married musician and producer Quincy Jones, in 1974, she took a hiatus from acting in order to concentrate on her family (with the exception of appearing in the TV movie The Return of the Mod Squad in 1979). They had two daughters, Rashida and Kidada Jones, who became actresses.[22] Lipton separated from Jones in 1986, and they divorced in 1990.[23]