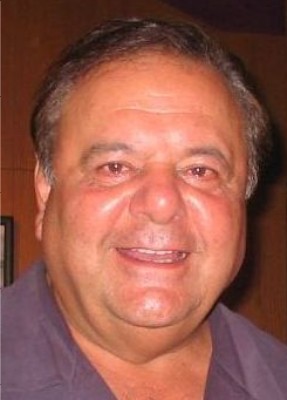 Paul Anthony Sorvino (born April 13, 1939) is an American actor, opera singer, businessman, writer, and sculptor.[1] He often portrays authority figures on both sides of the law, and is possibly best known for his roles as Paulie Cicero, a portrayal of Paul Vario in the 1990 gangster film Goodfellas, and NYPD Sergeant Phil Cerreta on the TV series Law & Order. He held supporting roles in Reds, The Rocketeer, Nixon and Romeo + Juliet. He is the father of actress Mira Sorvino and actor Michael Sorvino.

Sorvino was born and raised in Brooklyn, New York City. His mother Angela Maria Mattea (née Renzi) was a homemaker and piano teacher, who was born in Connecticut, of Italian (Molisan) descent. His father, Ford Sorvino, was an Italian (Neapolitan) immigrant who worked in a robe factory as a foreman.[2][3] He attended Lafayette High School, where he was classmates with painter Peter Max, and the American Musical and Dramatic Academy.[4]
Read more...

He began his career as a copywriter in an advertising agency, where he worked with John Margeotes, founder of Margeotes, Fertitta, and Weiss. He took 18 years of voice lessons. While attending The American Musical and Dramatic Academy, he decided to go into the theatre. He made his Broadway debut in the 1964 musical Bajour, and six years later he appeared in his first film, Carl Reiner's Where's Poppa? starring George Segal and Ruth Gordon. In 1971, he played a supporting role in Jerry Schatzberg's critically acclaimed The Panic in Needle Park starring Al Pacino and Kitty Winn.

He received critical praise for his performance as Phil Romano in Jason Miller's 1972 Broadway play That Championship Season, a role he repeated in the 1982 film version. In It Couldn't Happen to a Nicer Guy, he played Harry Walters, real estate salesman randomly picked up by a beautiful woman (JoAnna Cameron) and raped at gunpoint as a prank. He also appeared in the 1976 Elliott Gould/Diane Keaton vehicle I Will, I Will... for Now. He starred in the weekly series We'll Get By (1975, as George Platt), Bert D'Angelo/Superstar (1976, in the title role) and The Oldest Rookie (1987, as Detective Ike Porter). He also directed Wheelbarrow Closers, a 1976 Broadway play by Louis La Russo II, which starred Danny Aiello.

In 1981, Sorvino played the role of Italian-American Communist Louis C. Fraina in Warren Beatty's film Reds. He appeared in Larry Cohen's 1985 horror film The Stuff as a reclusive militia leader. He helped found the American Stage Company, a group that launched several successful Off-Broadway shows, in 1986.[5]

In 1991, he took on the role of Sergeant Phil Cerreta (replacing actor George Dzundza in a new role) on the popular series Law & Order. Sorvino initially was excited about the role, but would leave after 29 episodes, citing the exhausting schedule demanded by the filming of the show, a need to broaden his horizons, and the desire to preserve his vocal cords for singing opera. Sorvino's exit from the series came in an episode in which Sgt. Cerreta was shot in the line of duty and transferred to an administrative position in another precinct.[6] He was replaced on the show by Jerry Orbach (as Detective Lennie Briscoe).

In 1993, Sorvino subbed for the late Raymond Burr in a Perry Mason TV movie. He earlier appeared as Bruce Willis' father in the weekly series Moonlighting, and the "Lamont" counterpart in the never-aired original pilot for Sanford and Son. Some of his most notable film roles were caporegime Paul Cicero in Martin Scorsese's Goodfellas (1990) and Henry Kissinger in Oliver Stone's Nixon (1995). In addition to Goodfellas, Sorvino also played mob bosses Eddie Valentine in The Rocketeer and Tony Morolto in The Firm.

Sorvino founded the Paul Sorvino Asthma Foundation, with the goal of building asthma centers for children and adults across the United States.[7] In 1998, he narrated the series "The Big House" for The History Channel. In 1999, he directed and again starred in (albeit playing a different role) a TV version of That Championship Season.

He also lent his voice in Hey Arnold!: The Movie as the main antagonist Mr. Scheck, the evil CEO of Future Tech Industries who wants to convert Arnold's neighborhood into a huge shopping mall.

From 2000 to 2002, he had a starring role as Frank DeLucca in the television drama That's Life. He also starred in the comedy Still Standing as Al Miller, father to Bill (Mark Addy).

Sorvino lives between Los Angeles and Gilbert, Pennsylvania (in the Pocono Mountains). He has three children: Mira, Michael, and Amanda from his first marriage with Lorraine Davis. His daughter Mira Sorvino is an Academy award winner and his son Michael Sorvino is an actor and graduate of Mason Gross School of the Arts at Rutgers University.

On January 17, 2007, news reports detailed that he displayed a gun in front of Daniel Snee, ex-boyfriend of his daughter Amanda, after the man pounded on her hotel door and made threats. Amanda testified that Snee threatened to kill her at a hotel on January 3 in Stowe, Vermont. She said she locked herself in the bathroom and called both police and her father. Her 67-year-old father showed up before police, she testified. When police arrived, the young man was arrested and charged with disorderly conduct, she said. As a deputy sheriff in Pennsylvania, Sorvino was legally authorized to carry a gun in different states. He did not point the gun at Snee or threaten him.[10]

In March 2008, Sorvino and his daughter Amanda lobbied with the Americans Against Horse Slaughter in Washington, D.C., for Congress and the Senate to Pass the American Horse Slaughter Prevention Act (S311/HR503). The Sorvinos run a private horse rescue in Gilbert, Pennsylvania.[11]

He is also an accomplished sculptor, specializing in cast bronze. In December 2008 his sculpture of the late playwright Jason Miller was unveiled in Scranton, Pennsylvania. In addition, he guest starred on the 2008 album of Neapolitan singer Eddy Napoli, Napulitanata, performing a duet of the song "Luna Rossa."[12]

In 2007, Sorvino launched Paul Sorvino Foods to market a range of pasta sauces. Based on his mother's recipe, the product appeared in supermarkets in the northeastern United States in late 2009.[13] Three years later, Sorvino became part owner in Janson-Beckett Cosmeceuticals.[14]

In December 2014, Sorvino married political pundit Denessa Purvis "Dee Dee" Benkie after meeting her on Your World With Neil Cavuto.[15]

In 2005, Sorvino partnered with Lackawanna County to film The Trouble with Cali in Scranton, Pennsylvania. An initial investment by the county of $250,000 was followed by a second $250,000 in 2006.[16] The project drew criticism and media attention over the long production time and apparent lack of progress,[17] and the fact that the county did not protect its investment, which was carried out by county commissioners that were under indictment for corruption, with a completion bond.[18] The Trouble with Cali debuted February 21, 2012 at the Sedona Film Festival with former Lackawanna County commissioner Robert Cordaro listed as a producer only four weeks after his 11-year sentencing on public corruption charges.[19]

By March 2015, Sorvino had yet to strike a deal with a distributor for the film. He told local reporters that Lackawanna County would receive the first payouts if the film made money. "I'd like to see that money back myself, but first I want to see (Lackawanna County) paid," he said. "If it makes money, (Lackawanna County) makes money."[20] At that time, he said a Canadian company was interested in distributing the film, but would not give the name of the company. Days later he claimed the deal with this company fell through after negative publicity from the local paper.[21]