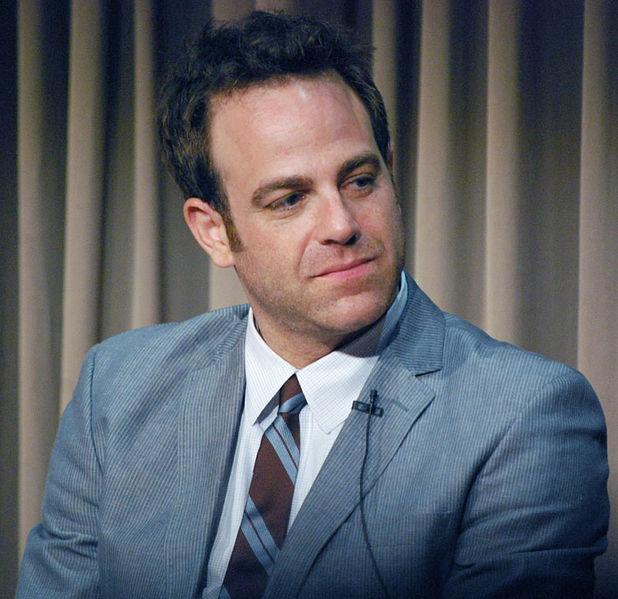 Paul Adelstein is an American television and film actor, known for the role of Agent Paul Kellerman in the Fox television series Prison Break and his role as pediatrician Cooper Freedman in the ABC medical drama Private Practice. In addition to supporting roles in films such as Intolerable Cruelty and Memoirs of a Geisha, he is also known for his recurring role as Leo Bergen on ABC's Scandal and as Jake Novak in the Bravo television series Girlfriends' Guide to Divorce.

After making his film debut in the film, The Grifters (1990), Adelstein went on to appear in several television series, including Cupid, ER, Without a Trace, and Scrubs, and to play a number of significant supporting roles in films such as Bedazzled (2000), Intolerable Cruelty (2003), Memoirs of a Geisha (2005), and Be Cool (2005).

In 2005, he received his most significant role to date as a member of the regular cast of the suspenseful television series Prison Break. Although he played the role of mysterious government operative Paul Kellerman, he had originally auditioned for the role of protagonist Lincoln Burrows. When he left the show in 2007, he joined the regular cast of the medical drama Private Practice and stayed for the show's entire six-season run. After the series finale in 2013, he has more recently had a recurring role on Scandal, which has continued into 2014.

He played the main role of Jake Novak, the husband of Abby McCarthy (Lisa Edelstein) in Girlfriends’ Guide to Divorce, which premiered in late 2014 as the first scripted original series for Bravo.[3] In April 2016, he was cast as Raymond Blackstone in the Hulu series Chance, starring Hugh Laurie.[4]

Adelstein is lead singer and guitarist of a band called Doris. The band was started in the late 1990s, and Adelstein has recorded several albums with them, singing and songwriting for the group. Adelstein is also a pianist and guitarist. His musical background was the cover story in the May/June 2012 issue of Making Music Magazine.

Despite hailing from Chicago, Adelstein has been a fan and supporter since childhood of the NFL's Cleveland Browns.[6][7][8]

Adelstein married actress Liza Weil in a Reform Jewish ceremony, in November 2006.[9] They had previously known each other through theatrical projects.[10] The two went on to appear together in three film projects: the short film Order Up (2007), the Gregory Dark-helmed Frenemy (2008), and The Missing Person. She also appeared in an episode of Private Practice (airdate February 24, 2011),[11] although he and Weil had no scenes together.

Weil became pregnant in mid-2009 with her only child with Adelstein, a girl born on April 20, 2010.[12][13] Weil filed for divorce from Adelstein in March 2016,[14] requesting joint custody of their daughter and using mediation to hash out spousal support.[15]

Report a problem
Write to Paul Adelstein at FanPal • 2021