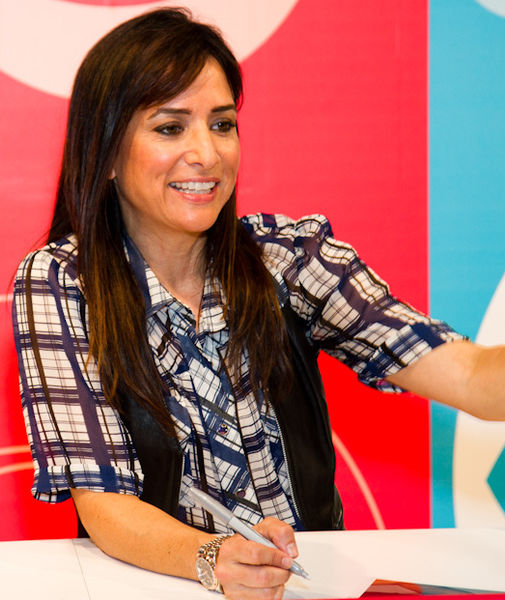 Pamela Fionna Adlon (née Segall; born July 9, 1966) is an American actress, voice actress, screenwriter, producer, and director.[1] She voiced Bobby Hill on the animated comedy series King of the Hill (1997-2010), for which she won a Primetime Emmy Award. She voiced Ashley Spinelli on the animated comedy series Recess (1997-2003), and the title character from the Pajama Sam video game series. Adlon is also known for her role as Dolores in the musical film Grease 2 (1982), and for her roles on the comedy-drama series Californication (2007-2014) and Louie (2010-2015), on which she was also a writer and producer.[2] Her work on Louie garnered her four Primetime Emmy Award nominations.

Adlon stars as Sam Fox on the FX comedy-drama series Better Things since 2016, which she also co-created, writes, produces and directs. The series won a Peabody Award, and she has been nominated twice for a Primetime Emmy Award for Outstanding Lead Actress in a Comedy Series.[3]

Adlon was born in Albany, New York. She is the daughter of Marina L. and Donald Maxwell "Don" Segall (1933-1994), who was a television comedy writer-producer, and author of comic books and science fiction pulp novels.[4][5][6] Her father produced The Dave Garroway Show, which became AM New York, and then The Today Show. He was a page at NBC with Gil Cates, and wrote erotic fiction under various pseudonyms, including Troy Conway.[6] Adlon's father was from Boston, Massachusetts, and her mother is English. Her father was born to a Jewish family, and her mother, originally an Episcopalian, converted to Judaism.[6][7] Adlon has said that her parents met at the USO in Paris.[1]

As a child, Adlon lived in the Carnegie House building at 100 West 57th Street.[8][9] She has said that she and her family lived bi-coastally, moving between Los Angeles and New York because her father was a journeyman writer and producer for TV. She started performing at age nine; one of her father's friends had a radio studio, so she would do voice-over work there. While in Los Angeles, she did TV and film acting work.[1] She attended Sarah Lawrence College for a semester.[6] After moving to Laurel Canyon, Los Angeles, she shared a house with Anna Gunn.[10]

Adlon said voice-overs saved her career. As successful as her child-actress years had been, she struggled to find parts in her 20s.[4]

Adlon's best known role is playing Bobby Hill on the animated TV show King of the Hill, for which she won an Emmy Award for Outstanding Voice-Over Performance in 2002.[11] Though she is mostly known for voicing young boys, Adlon has voiced two girl characters (both of which have boylike qualities): Margaret "Moose" Pearson in Pepper Ann and Ashley Spinelli in Recess.

Notable live-action roles include Girl Joey in the 1984 teen film Bad Manners, Kelly Affinado on The Facts of Life, Marcy Runkle on Showtime's Californication, and Pamela on FX's Louie (she is also a consulting producer for the show).[12]

Adlon was nominated for an Annie Award for her role as Otto Osworth on Cartoon Network's Time Squad. In 2006-07, she played the voice of Andy in Cartoon Network's Squirrel Boy animated series and co-starred with Louis C.K. as his wife in the short-lived HBO sitcom Lucky Louie. She also stars as the friend of Louie (a fictional character based on himself, Louis C.K.) in his FX single-camera show, Louie. She is in episodes of seasons 1, 2, 4, and 5.[13] For the 5th season, she received a Primetime Emmy Award nomination for Outstanding Guest Actress in a Comedy Series.[14]

Adlon voiced Pajama Sam in the video games Pajama Sam: No Need to Hide When It's Dark Outside, Pajama Sam 2: Thunder and Lightning Aren't So Frightening, Pajama Sam 3: You Are What You Eat from Your Head to Your Feet, and Pajama Sam's Games to Play on Any Day.

In 2015, FX gave a pilot order for Better Things, which is a comedy created by and starring Adlon. She plays an actress raising three daughters. The pilot was written by Adlon and Louis C.K. who also directed it.[15] It was picked up to a 10-episode series on August 7, 2015.[16][17] The show, which premiered on September 8, 2016, is semi-autobiographical.[18] Adlon received an Emmy nomination for Outstanding Lead Actress in a Comedy Series for Better Things.[19]

As of December 2016, she is providing the voice of Halley Wolowitz on The Big Bang Theory.

Adlon was represented by manager Dave Becky until November 2017, when she fired him following his involvement in the Louis C.K. sexual harassment scandal.[20]

In 1996, Adlon married Felix O. Adlon, the son of German director Percy Adlon. They divorced in 2010 and he subsequently moved to Germany.[6] They have three daughters who are also actresses: Odessa Adlon, Gideon Adlon, and Rocky Adlon, to whom Adlon has said she is a single parent.[1]