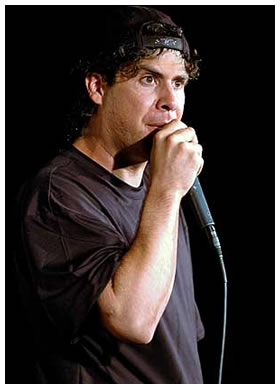 In the 1990s, he appeared on MADtv as a featured player. His stand-up act was introduced to America at large when he landed his own half-hour comedy special on Comedy Central Presents in 2000. In 2001 and 2002, Francisco toured as part of "The Three Amigos" with Carlos Mencia and Freddy Soto. Since then, he has performed on The Tonight Show with Jay Leno, VH1's ILL-ustrated, Mind of Mencia as "The Voiceover Dude" (same as "Movie Voiceover Guy"), and most recently, Frank TV.

In 2004, he performed for The Improv at the Irvine Spectrum Center is where his DVD Bits and Pieces was filmed, and his stand up material was used in Comedy Central's animated series Shorties Watchin' Shorties.