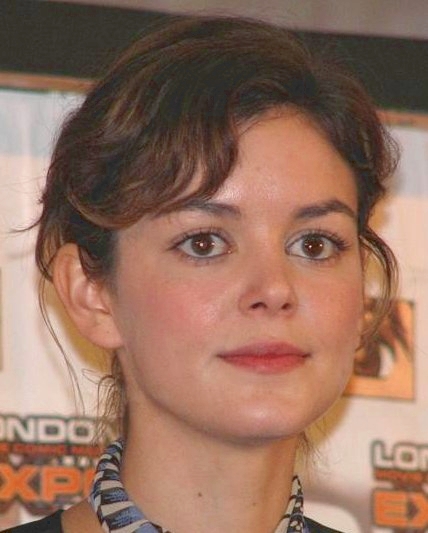 Zehetner was born in El Paso, Texas, the daughter of Nancy Lynne (née Nelson) and John Carol Zehetner. She attended elementary school in Richardson, Texas, a suburb of Dallas, before moving back to El Paso. When she was 14 she moved to Dallas where she attended McKinney High School for several years. For one year she also attended the Texas Academy of Mathematics and Science, an early college entrance program at the University of North Texas for students interested in mathematics or science.
Read more...

In Brick, which won the Special Jury Prize for Originality of Vision at the 2005 Sundance Film Festival, Zehetner plays the femme fatale Laura. The soundtrack CD of this film, released by Lakeshore Records on March 21, 2006, features Zehetner's full, unedited performance "The Sun Whose Rays Are All Ablaze".

In the thriller-horror film Beneath, Zehetner appears in the leading role of Christy.

Zehetner also starred in NBC's Heroes as Eden McCain. Zap2It.com proclaimed Zehetner one of "The Underrated of 2006" for her role.[1]

Together with the actors and comedians Tom Arnold and Dax Shepard, Zehetner embarked in 2007 on a USO/Armed Forces Entertainment tour to the Persian Gulf region to meet with service members and sign autographs.[2]

In 2007, Zehetner appeared with Marisa Berenson in the short movie "Jalouse: Elegante, famous, beautiful, jolie" which was produced by the French fashion magazine Jalouse to celebrate their 10th anniversary.[3]

From late 2009 to mid 2010, she portrayed the recurring role of Dr. Reed Adamson in the popular television series Grey's Anatomy.

In 2018, Zehetner was cast in the recurring role of Valeria Poriskova on the second season of the ABC political drama Designated Survivor.[5]