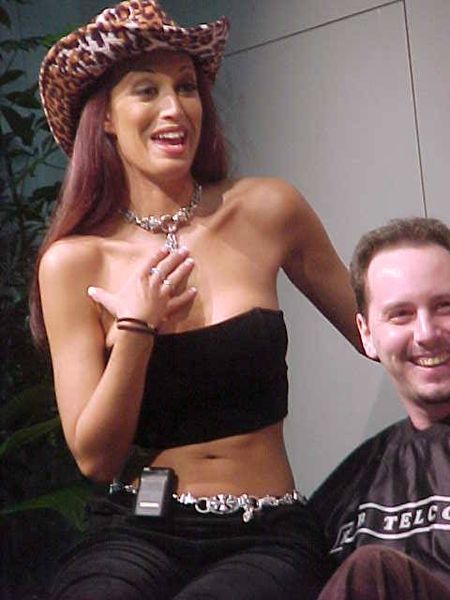 Nikki Nova is an adult model and actress. She has performed in a number of R-rated films, including Busty Cops, Night Calls 411, Alabama Jones and several fetish videos.

Nova replaced Tera Patrick as the host of Playboy TV's Night Calls 411 in 2003, and she would remain in that role through the show's cancellation in 2005. She also has made appearances on The Howard Stern Show.

On November 4, 2005, Nova was seriously injured after falling from a horse during a photo shoot. Her skull broke in four places and her brain hemorrhaghed. She had no health insurance, so her webmaster set up the website getwellnikki.com to gather donations. Nova was unable to work for several years after the accident and successfully sued the producer of the shoot. Though to date, she has yet to actually collect on said judgement. Due to her brain injury, she no longer has a sense of smell and occasionally experiences brain seizures and memory loss.