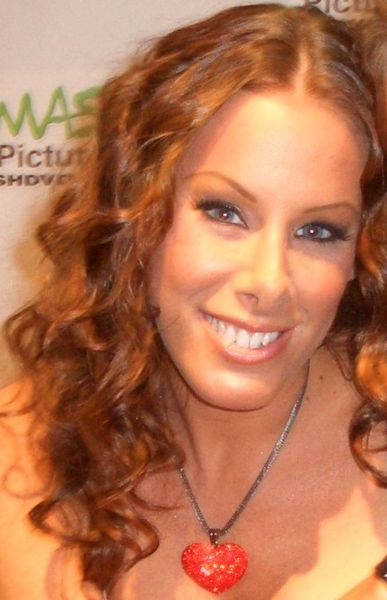 Nicole Sheridan (born May 7, 1975) is an American former pornographic actress.

Sheridan became a stripper to pay for college and graduated with two degrees in Human Development and Industrial Organizational Psychology. She entered the adult film industry in February 2000 and did her first sex scene with Voodoo in The Watcher 9 for Vivid Entertainment. In 2006, she became a director for Penthouse.

Sheridan married pornographic actor Voodoo in October 2000. Their marriage lasted 10 years. Throughout their marriage, they always worked together either by themselves, or in group sex scenes in which they were both present. They also used condoms with everyone except each other.