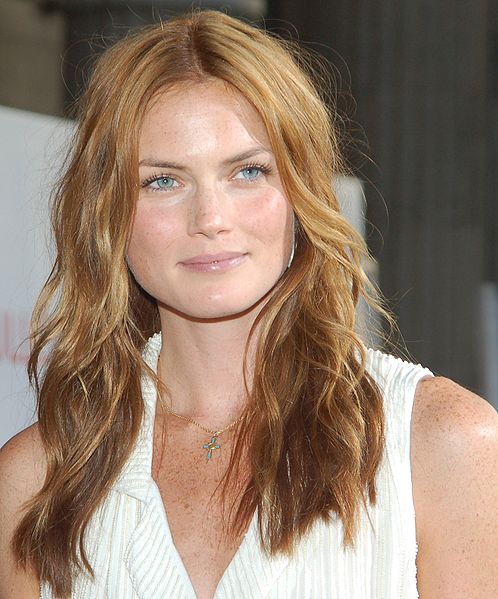 She was born in Stockholm and began modeling at the age of ten, joining Elite Model Management when she was fifteen. She has been on the cover of many fashion magazines including Vogue, Marie Claire, Cosmopolitan, and ELLE. She has been featured in fashion campaigns for Calvin Klein, Donna Karan, BCBG, Louis Vuitton, Hugo Boss, Gucci, and Victoria's Secret. She is currently[when?] seen as the face for Giorgio Armani's perfume Armani Code for Women.

She was a judge in the Miss Universe beauty pageant in 2001. She was the host of the Swedish section of Scandinavia's Next Top Model which premiered February 16, 2005. Andén has appeared in a handful of films and produced the 2003 short film Buffoon, which starred her husband Taber Schroeder. She appeared in MyNetworkTV's Fashion House in which she played a self-destructive model Tania Ford.

She married model Taber Schroeder in 2001, and they live together in Los Angeles.