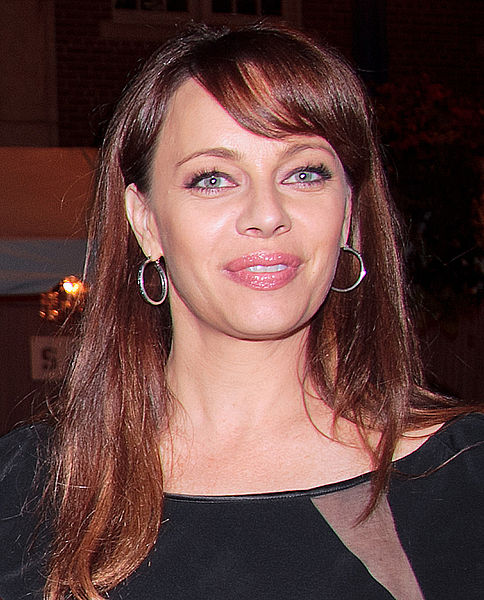 Clarke was born in Dana Point, California, the daughter of Patricia Lewis, a ballet dancer, and John Clarke, an actor who was an original cast member of the daytime soap opera Days of Our Lives.[2] One of three siblings, Clarke's sister, Heidi, died in 1994 of a malignant heart tumor. She has a brother, Joshua.[3]
Read more...

Clarke appeared on the daytime soap opera Days of Our Lives as Faith Taylor (where her father was a senior cast member), and starred on Soldier of Fortune, Inc. for both of its seasons. She also guest starred on Xena: Warrior Princess as the Amazon chieftain Velasca, Firefly as the brothel madam Nandi, Charmed as the Siren, and has had six appearances on CSI where she played the dominatrix, Lady Heather. She also appeared in the Seinfeld episode "The Muffin Tops", playing Jerry's girlfriend who likes anything hairless. She also appeared in the 1993 horror film Return of the Living Dead 3.[4]

She appeared on the Fox drama The O.C. as Julie Cooper, a cunning socialite who marries for money. Her character in the show is mainly portrayed as a manipulative, morally wrong woman, but as the show progresses the reasons behind her choices are explained. She was originally billed as a guest star in the first few episodes, and due to fan response was offered a series regular contract; Clarke accepted the role and her character became an integral part of the show's storylines. As well as starring on The O.C., she has appeared on HBO's hit series Entourage as a fictionalized version of herself, married to Malcolm McDowell's Terrance McQuewick. Clarke also appeared as the Devil's girlfriend in The CW's 2007 series Reaper. She also auditioned for the role of "Number Six" on SCI-FI's smash hit Battlestar Galactica but the role ultimately went to Tricia Helfer.[5]

In 2010, she appeared on The CW show The Vampire Diaries as Kelly Donovan.[6] Other projects included the television film She Drives Me Crazy, which was produced by her former The O.C. co-star Kelly Rowan. She appeared as a guest star on Chuck, another series from The O.C. creator Josh Schwartz. She starred on The CW drama Nikita, where she played Amanda from 2010 to 2013.

She lent her voice to several voice acting projects, voicing Alexa in The Animatrix: Matriculated, Sofia Ivanescu in the video game Mission Impossible: Operation Surma, Madame Macmu-Ling in Avatar: The Last Airbender, and Charlene in King of the Hill.

Report a problem
Write to Melinda Clarke at FanPal • 2021