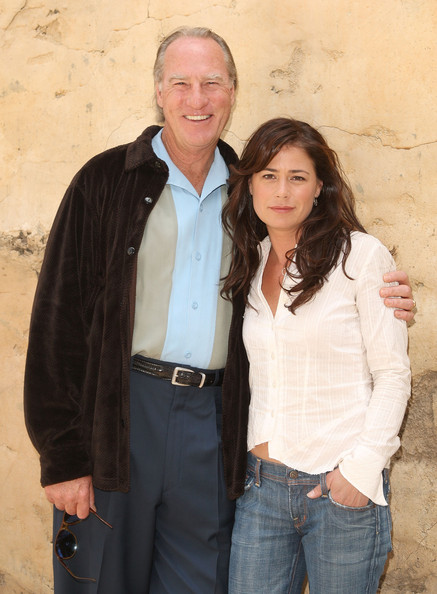 Maura Tierney[needs IPA] (born February 3, 1965) is an American film and television actress who is best known for her roles as Lisa Miller on the sitcom NewsRadio, Audrey Reede in Liar Liar (1997), Abby Lockhart on the medical drama ER, and Helen Solloway on the television drama The Affair, for which she won the Golden Globe Award in 2016.

Tierney, the eldest of three children, was born and raised in the Hyde Park neighborhood[1] of Boston, Massachusetts, to an Irish Catholic family.[2] Her mother, Pat (née James), is a real estate broker, and her late father, Joseph M. Tierney, was a prominent Boston politician who served on the Boston City Council for 15 years.[3]

Tierney attended Mount Alvernia Academy elementary school and Notre Dame Academy in Hingham, Massachusetts, where her studies included drama, which led to her appearance at the Boston Globe Drama Festival.[1] After graduation, she attended New York University, where she majored first in dance, then in drama.[4]

After appearing in several plays, Tierney moved to Los Angeles, California, and in 1987 got her first break with a role in Disney's made-for-TV film Student Exchange.[5] Tierney's first starring role in a film was in a low-budget independent film called Dead Women in Lingerie, shot in 24 days.[6] The film never received a theatrical release, although it was released on DVD in 2005.

Tierney had a number of small roles in film and television but first received regular national exposure with her leading role in the sitcom NewsRadio from 1995 to 1999. While she was a NewsRadio cast member, she also appeared in several successful films, including Primal Fear, Primary Colors, Forces of Nature, Welcome to Mooseport, and Liar Liar opposite Jim Carrey.

After NewsRadio was canceled, Tierney decided not to pursue a role in another sitcom:

hen NewsRadio got canceled, ... I thought, there's probably not gonna be something like again for me... So then, when ER called ... that was a way to stay in that would remain interesting for me.[7]

From 1999 to 2008, Tierney played Nurse Abigail "Abby" Lockhart on ER, a character that began as a guest appearance in November 1999 and then expanded in February 2000 to a full-time regular role as an ER nurse and later, after completion of medical school, a doctor. She was reunited with her former NewsRadio co-star Khandi Alexander, who at that time had a recurring role on ER.

Within a year, Tierney's work on ER earned her an Emmy Award nomination, recognition she credits to a "juicy" story arc featuring Sally Field as Lockhart's mother Maggie Wyczenski, who has bipolar disorder.[5]

Tierney confirmed in April 2008 that she would be leaving ER shortly after the beginning of the show's fifteenth season. In October 2008, she made her final regular appearance on the series after nearly 10 seasons on the show. She returned to make a cameo appearance in one additional episode later in 2009 toward the end of the final season.

Tierney's highest-profile film while a member of the ER cast was the 2002 film Insomnia, directed by Christopher Nolan. That same year she also starred in Scotland, Pa., portraying a Lady Macbeth-like character written specifically for her by Billy Morrissette, her husband at the time. She was praised by critics for her performance. She also collaborated with NewsRadio writer Joe Furey for a special "Working with Joe Furey" featurette for Furey's film Love and Support.

In 2004, Tierney won the second-season tournament of Bravo's Celebrity Poker Showdown against Lauren Graham, who had a guest role in the fourth season of NewsRadio. Tierney returned to the stage in May 2006 in an appearance opposite Eric McCormack in the Off Broadway premiere of Some Girl(s).[8] She also appeared in the 2008 films Semi-Pro, Baby Mama, The Go-Getter and Finding Amanda.

Tierney played the role of Laurel in the Off Broadway play Three Changes with Dylan McDermott[9] from September 16 to October 4, 2008.

Tierney returned to television, playing the recurring character Kelly McPhee on the FX series Rescue Me in 2009 and 2011 during its final season. She replaced Joely Richardson as the female lead of the 2010 ABC television series The Whole Truth after Richardson dropped out to spend more time with her family.[10] Tierney's role in the show, a legal drama produced by Jerry Bruckheimer, marked her return to television after recovering from breast surgery and cancer treatments.[11] ABC canceled The Whole Truth after four episodes owing to low ratings.[12]

In February 2011, Tierney made her debut at the Gate Theatre in the Dublin premiere of Yasmina Reza's God of Carnage (translation by Christopher Hampton) alongside Ardal O'Hanlon.[13]

Also in 2011, Tierney appeared in one episode of The Office (S8E9: Mrs. California) as Robert California's wife.

In 2018, Tierney joined the cast of Beautiful Boy (2018), based on the memoir of the same name by David Sheff, a dark family drama with Steve Carell and Timothée Chalamet.[17]

In June 2018, Tierney joined the cast of The Torture Report as "an intense, driven, somewhat vengeful Counterterrorism expert determined to get behind any program that promises to get the intel that will stop another attack from happening."[18]

Tierney married actor and director Billy Morrissette on February 1, 1993, two days before her 28th birthday, after the two met on the set of a never-aired television series.[19] After being married for 13 years, she filed for divorce in 2006, citing irreconcilable differences. They had no children.[citation needed]

On February 1, 2009, the recently ordained Tierney officiated at the wedding of her friend and former ER co-star Parminder Nagra to photographer James Stenson.[20]

Tierney had surgery to remove a tumor from her breast in 2009.[21] She had been cast in Parenthood but schedule conflicts with her cancer treatments led her to leave, and she was replaced by Lauren Graham.[22] Tierney finished treatment and returned to work in a stage play in 2010.[23]