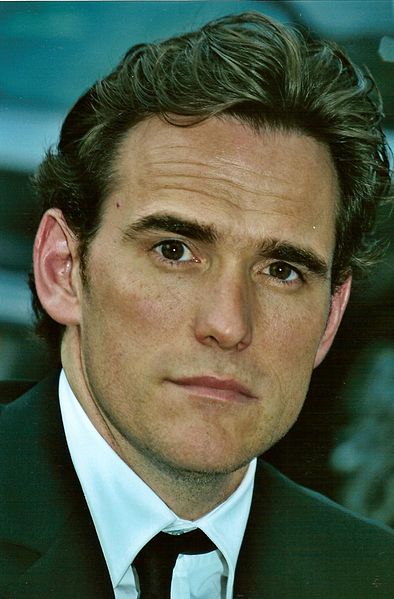 In the 2000s, he made his directing debut with City of Ghosts (2002) and went on to star in the films Factotum (2005), You, Me and Dupree (2006), Nothing but the Truth (2008), Sunlight Jr. (2013) and Going in Style (2017). For Crash (2004), he won an Independent Spirit Award and was nominated for a Golden Globe Award and the Academy Award for Best Supporting Actor. He had earlier been nominated for the Grammy Award for Best Spoken Word Album for narrating Jack Kerouac's On the Road. Since 2015, he has starred in the FOX television series Wayward Pines, for which he was nominated for a Saturn Award in 2016.

Dillon was born in New Rochelle, New York, to Mary Ellen, a homemaker, and Paul Dillon, a portrait painter and sales manager for Union Camp, a bear toy manufacturer. His paternal grandmother was the sister of comic strip artist Alex Raymond, the creator of Flash Gordon. Dillon is the second of six children with one sister and four brothers, one of whom is actor Kevin Dillon. He is of mostly Irish descent, with some Scottish and German ancestry. Dillon was raised in a close-knit Roman Catholic family. He grew up in Mamaroneck, New York.

In 1978, Jane Bernstein and a friend were helping director Jonathan Kaplan cast the violent teen drama Over the Edge when they found Dillon cutting class at Hommocks Middle School in Larchmont. Dillon auditioned for a role and made his debut in the film. The film received a regional, limited theatrical release in May 1979, and grossed only slightly over $200,000. Dillon's performance was well-received, which led to his casting in two films released the following year: the teenage sex comedy Little Darlings, in which Kristy McNichol's character loses her virginity to a boy from the camp across the lake, played by Dillon, and the more serious teen dramedy My Bodyguard, where he played a high-school bully opposite Chris Makepeace. The films, released in March and July 1980, respectively, were box office successes and raised Dillon's profile among teenage audiences.

Another of Dillon's early roles was in the Jean Shepherd PBS special The Great American Fourth of July and Other Disasters. The only available copies of this film are stored at UCLA, where a legal dispute makes it unavailable to the public.

One of his next roles was in Liar's Moon, where he played Jack Duncan, a poor Texas boy madly in love with a rich banker's daughter. In the early 1980s, Dillon also had prominent roles in three adaptations of S. E. Hinton novels: Tex (1982), The Outsiders (1983) and Rumble Fish (1983). All three films were shot in Tulsa, Oklahoma, Hinton's hometown. The Outsiders and Rumble Fish had Dillon working with Francis Ford Coppola and Diane Lane. He followed those up with The Flamingo Kid in 1984. He made his Broadway debut with the play The Boys of Winter in 1985.

Dillon did voiceover work in the 1987 documentary film Dear America: Letters Home from Vietnam. In 1989, Dillon won critical acclaim for his performance as a drug addict in Gus Van Sant's Drugstore Cowboy.

Dillon continued to work in the early 1990s with roles in films like Singles (1992). He had a resurgence when he played Nicole Kidman's husband in To Die For (1995), as well as starring roles in Wild Things (1998) and There's Something About Mary (1998), for which he received an MTV Movie Award for Best Villain.

In 2002, he wrote and directed the film City of Ghosts, starring himself, James Caan and Gérard Depardieu. In 2005, he starred in Factotum, a film adaptation of an autobiographical work by Charles Bukowski. Two years later he received critical praise and earned Best Supporting Actor Golden Globe and Academy Award nominations for his role in Crash, a film co-written and directed by Paul Haggis. In 2005, Dillon co-starred in Disney's Herbie: Fully Loaded and on March 11, 2006 hosted Saturday Night Live, in which he impersonated Greg Anderson and Rod Serling in sketches.

Dillon starred in the comedy You, Me and Dupree, opposite Kate Hudson and Owen Wilson. The film opened on July 14, 2006. On September 29, 2006, Dillon was honored with the Premio Donostia prize in the San Sebastián International Film Festival.

Dillon contributed his voice as the narrator, Sal Paradise, in an audiobook version of Jack Kerouac's novel On the Road. In 2006, he narrated Once in a Lifetime: The Extraordinary Story of the New York Cosmos.

Dillon appeared in several music videos during his career. He made a cameo appearance as a detective in Madonna's Bad Girl music video which also stars Christopher Walken. Dillon appeared in 1987 in the music video for "Fairytale of New York" by the Irish folk-punk band The Pogues playing a cop who escorts lead singer Shane MacGowan into the "drunk tank". In 2007, the band Dinosaur Jr. hired Dillon to direct the video for their single "Been There All The Time" from the album Beyond. That year, he guest-starred on The Simpsons episode "Midnight Towboy". Early in 2015 he played the role of a Secret Service agent in the FOX 10-episode series Wayward Pines.

In November 2016, Lars von Trier announced that Dillon would play the lead role in his upcoming thriller The House That Jack Built. Filming began in March 2017 with a release in 2018.

Dillon had a three-year relationship with actress Cameron Diaz; they broke up in 1998.

Report a problem
Write to Matt Dillon at FanPal • 2021