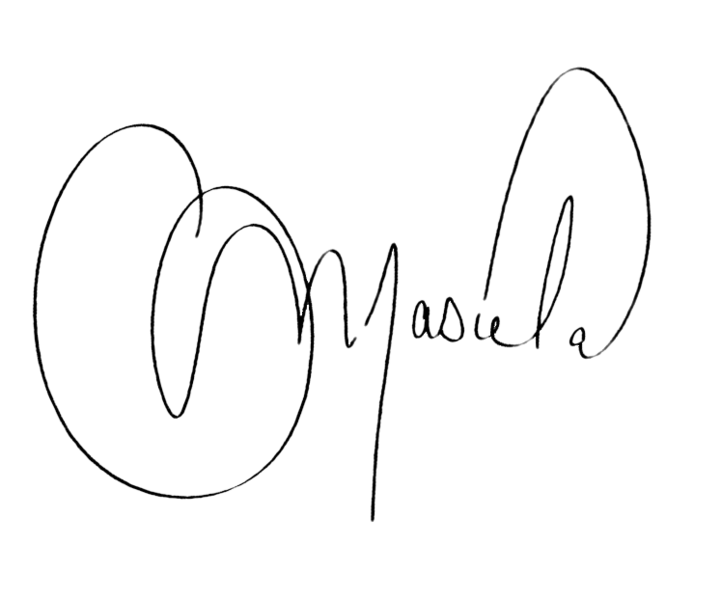 In 2010, Lusha was appointed ambassador of Prince Harry's charity, Sentebale.[4][5] In 2014, Lusha was made the World Assembly of Youth's goodwill ambassador. Lusha is an advocate for UN Women.[6][7]

Lusha has written five books of poetry, Inner Thoughts, Drinking the Moon, Amore Celeste, The Call, The Living Air; a novel The Besa; and two children's books.[8] Lusha has written poetry and translated it into Albanian.[9] She has translated poems and prayers by Mother Teresa.[9][10]

Lusha was born in Tirana, Albania,[8] and is the only child of Max and Daniela Lusha. Her mother was a magazine publisher.[11] In 1990, Lusha and her family left Albania as refugees.[12] Upon leaving Albania, Lusha moved to Budapest, Hungary, and Vienna, Austria. In an interview in 2016, Lusha credits her early memories as a refugee for her lifelong humanitarian efforts.[13]
Read more...

Childhood and adolescence in America

At the age of seven, Lusha moved to Michigan where she and her mother reunited with her great uncle Dr. Joseph H. Alli. Dr. Alli was a colonel in the army during World War 2, and chief of laboratories for the United States Department of Veterans Affairs.[7][14] English was Lusha's fourth language, after Albanian, Hungarian, and German.[5] At the age of twelve, Lusha began a modeling career in Michigan. After a few months of professional modeling and acting in local theater plays, she was discovered by a Hollywood talent agent who held an open call in Detroit, Michigan. That following year, while acting in Los Angeles, Lusha became a published author with her first book of poetry, Inner Thoughts.[11]

Lusha signing copies of her book, in October 2010.

As a poet, Lusha was recognized as one of the Top Ten Talented Poets of North America for her published work, and also received the public recognition of former President Bill Clinton.[15] Upon graduating high school, Lusha had published two collections of poetry.[16] As of 2010, Lusha has since written seven books.[17]

Drinking the Moon, The Living Air, a novel and children's books (2005-present)

From 2005-2010, Lusha wrote four poetry books.[18] While filming George Lopez, Lusha published her second book, Drinking the Moon [19] In 2010, Lusha wrote Boopity Boop Writers Her First Poem. Lusha chose poetry as the subject matter for her children's book because, "While some mothers sing lullabies to their children, my mother read me poetry," she said. "And to this day, I associate my strongest and most insistent feelings with words lyrically organized on a page." [20] In 2016, Lusha released her fourth book of poetry, The Living Air.[7]

In an interview, Lusha revealed that she completed her novel, The Besa, in one month, writing from 6am until 8pm every day while forgetting to eat. For her writing, Lusha also says, "In any art form, we have a responsibility to infuse a little color, compassion, movement into our society. Art cannot live in a void. It must impact, animate a little tug and pull in our world to stay alive and relevant."[7]

Lusha launched her career as a model and theater actress in Michigan. While residing in her hometown, Lusha's first theatrical role was a nonspeaking, background character in her school's production of Up and Away.[21] Upon entering the drama department, Lusha then portrayed the role of Cinderella in the play, The Last Dress Rehearsal and Belle in Beauty and the Beast. She also portrayed an Umpa Lumpa and a Tap-Dancing Box in the play, Charlie and the Chocolate Factory.[11] Soon after moving to California, Lusha was selected as the principle fashion model in a multinational Back-to-School J. C. Penney television campaign which aired in America and South America, and was cast in the Alanis Morissette Music Video, Hands Clean.[22]

Then in 2000 it was Lusha's television debut with a guest appearance on the Disney Channel series, Lizzie McGuire as the character Olivia in the episode Last Year's Model. Lusha made her film debut in the 2000 film A Father's Love, as Lisa, the lead who reminisces on her experiences with her father.

In 2001 she was picked to play Carmen Lopez on the newly developed ABC sitcom, George Lopez. The show was executive produced by Academy Award winner Sandra Bullock and Bruce Helford.[23][24] After completing its 120th episode, the show reached global syndication and established Lusha as a TV veteran by the age of 20.[25] That following year, the George Lopez show won an Emmy and was established as the second-longest-running sitcom in television history to star a Hispanic lead, after I Love Lucy. To this date, it continues to be Nick at Nite's highest rated series. In 2007, the character was written off the show by George Lopez due to "creative differences".[26]

Lusha won two consecutive Young Artist Awards for Best Leading Actress in a Comedy and Drama for her portrayal as Carmen.[27] While working on George Lopez, Lusha also voiced the role of Nina for four years on the PBS series Clifford's Puppy Days.[28] It has been reported that portraying the character of Nina introduced Lusha to children's entertainment, inspiring her to write a children's book in 2009.

In December 2009, Lusha joined the original cast of George Lopez for a televised reunion on Lopez Tonight. During the live reunion taping, when asked about her experiences on the show, Lusha said: "it is the show that keeps giving. Every year it offers something to society and it offered something to each and every one of us. It brought us all together for a lifetime".[29]

Lusha has since appeared as Mira on an episode of Law & Order: Criminal Intent.[9] At the suggestion of George Clooney, Lusha has also appeared in the Spanish language film Muertas (2008) in which she portrayed the main character Aracelli.[10][21][30]

Lusha with poet laureate, Ismail Kadare during a press conference for the film, Time of the Comet

Lusha also starred as Saint Agnes in the Albanian production of Time of the Comet (2008) based on the novel A Difficult Year by Ismail Kadare. Throughout the film, Lusha's dialogue was in a specific Albanian dialect. In the film, Lusha plays a catholic nun who falls in love with a Muslim rebel.[21]

Lusha portrayed the role of the sword-wielding, vampire in disguise, Sharon in the Sony Pictures remake of the cult classic Blood: The Last Vampire alongside Jun Ji-hyun. The film was co-produced by French company Pathé and Hong Kong company Edko, the production company behind Crouching Tiger, Hidden Dragon. In 2009, the film premiered in Japan and was released internationally by Sony Pictures.[8]

In 2011, Lusha also starred in the films, Katie Malone and The Architect. In Katie Malone, she portrayed the role of Ginger, a premed college student who is tormented by the ghost of a slave girl. One Tree Hill actor Stephen Colletti and Superman star Dean Cain costarred in the movie. The film was released by American World Pictures.[31] In The Architect, Lusha acted alongside Stacy Keach.[32] In 2012, Lusha also starred in the film, Of Silence, alongside Muse Watson.[33]

In 2012, Lusha starred in the film Orc Wars, portraying the role of Princess Aleya, the last remaining elven warrior.[34]

Lusha re-teamed with George Lopez creator and executive producer Bruce Helford on the FX series Anger Management. Lusha portrayed the love interest, Molly, in the episode "Charlie and Sean Fight Over A Girl".[35][36]

Lusha was cast as one of the leads in SyFy's Sharknado: The 4th Awakens, and Sharknado 5: Global Swarming. Lusha portrayed Gemini, the cousin of Ian Ziering's character, and niece of David Hasselhoff's character.[3][37][38][39]

In 2017, Lusha starred in the Lifetime (TV network) film, Forgotten Evil.[40] In the film, she portrayed Renee / Jane Doe, a woman suffering from amnesia. Without a past, Renee is forced to face a new reality with emerging challenges. Re-teaming with Sharknado director, Anthony C. Ferrante, it is reported that the role was written with Lusha in mind.[41]

In a 2016 interview, Lusha credited her childhood memories as refugee for the drive behind her efforts as a humanitarian. In the same interview Lusha noted that her earliest memory was on a bus with her mother, fleeing Albania. Because of numerous bomb threats targeted at the bus, an international organization provided volunteers to sit in the bus with the refugees, allowing the people to enter Hungary safely. Lusha stated that because of these experiences, "humanitarianism is the bedrock of existence and identity." [13]

In 2010, Lusha was appointed Ambassador for Prince Harry's charity, Sentebale.[4] The charity was founded by Prince Harry and Prince Seeiso of Lesotho, Africa in memory of their mothers, Diana, Princess of Wales, and Queen Mamohato of Lesotho. The cause helps vulnerable children in Lesotho, Africa through various grassroots efforts.[42]

Lusha was the spokesperson for Scholastic's Read for Life, and she has been involved in national PSA commercials and school readings across the country. Throughout her career, Lusha has promoted "the value of appreciating the written word". As the national spokesperson for the Great American Bake Sale, a hunger-relief program, Lusha visits local towns throughout the United States and supports food drives to help battle childhood hunger.[43] For her role as a national spokesperson, Lusha promotes the importance of raising funds to help local communities.[43]

In the spring of 2013, Athgo International appointed Lusha as their Ambassador for Youth.[44] As an Ambassador, Lusha encouraged a dialogue between aspiring global entrepreneurs and Athgo's bodies of support such as the World Bank Group, the United Nations, and international universities. Lusha will participate with Paul Kagame, President of the Republic of Rwanda and Dr. Hamadoun Touré, Secretary-General of ITU and Vice-Chairman of the Broadband Commission for Digital Development.

World Assembly of Youth appointed Lusha as their first Goodwill Ambassador. WAY co-operates with the UN and many of its special agencies, particularly with UNAIDS, UNEP, ILO, UNESCO, UNFPA, UNICEF and WHO. As ambassador, Lusha promoted diverse causes concerning the global youth, such as improving gender equality, promote the democratic participation,increase inter-ethnic respect and to foster inter-cultural and international understanding and cooperation.[6][45]

During the filming of George Lopez, Lusha was reportedly privately schooled on set.[21] Lusha graduated from Burbank High School at the age of 15. She later attended Glendale College, in Southern California, graduating with an AA degree and transferring to UCLA as a junior at the age of 18. While at UCLA, Lusha majored in Creative Writing.[15][21] Lusha has also earned a degree from FIDM and credits her education when designing and sewing her own clothes on the red carpet.[7]