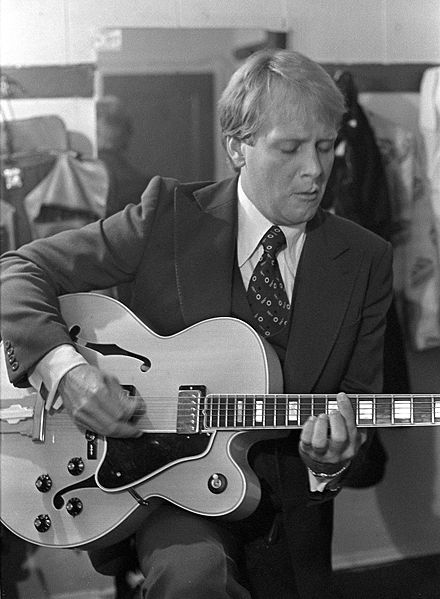 Martin Eugene Mull[1] (born August 18, 1943)[2] is an American actor, comedian, and singer who has appeared in many television and film roles. He is also a painter and recording artist. As an actor, he first became known in his role on Mary Hartman, Mary Hartman and its spin-off Fernwood 2 Night. Among his other notable roles are Colonel Mustard in the 1985 film Clue, Leon Carp on Roseanne, Willard Kraft on Sabrina, the Teenage Witch, Vlad Plasmius on Danny Phantom, and Gene Parmesan on Arrested Development.

Mull was born in Chicago, the son of Betty, an actress and director, and Harold Mull, a carpenter.[3] He moved with his family to North Ridgeville, Ohio, when he was two years old. They stayed there until he was 15 years old, when his family moved to New Canaan, Connecticut, where he attended and graduated from public high school.[4] He studied painting and went on to graduate in 1965 from the Rhode Island School of Design with a Bachelor of Fine Arts and in 1967 with a Master of Fine Arts in painting.[5]
Read more...

In 1979, he appeared in the Taxi episode Hollywood Calling. Mull created, wrote for and starred in the short-lived 1984 CBS sitcom Domestic Life, with Megan Follows playing his teenaged daughter. In one episode of The Golden Girls, he played a hippie who was afraid of the outside world. He had a long-running role as Leon Carp, Roseanne Conner's gay boss (and later business partner) on the TV series Roseanne.

During the 1980s, Mull played a supporting role in the film Mr. Mom, and starred in a series of commercials for Michelob and Pizza Hut, and in a series of television and radio commercials for Red Roof Inn. He appeared in the Pecos Bill episode of the Shelley Duvall TV series Tall Tales & Legends. He also did the voice of Vlad Masters/Vlad Plasmius, the main villain in Danny Phantom.

Mull has appeared as a guest star on the game show Hollywood Squares, appearing as the center square in the show's final season, from 2003 to 2004. In late 2004 and in 2013's Netflix-produced Season 4, he portrayed Gene Parmesan, a private investigator, on the TV series Arrested Development. During 2008 and 2009, Mull guest starred in two episodes of the television series Gary Unmarried as Allison's father.[6]

Mull also starred in the Fox sitcom Dads. He currently stars in The Cool Kids along with David Alan Grier, Vicki Lawrence, and Leslie Jordan.

Mull broke into show business as a songwriter, penning Jane Morgan's 1970 country single, A Girl Named Johnny Cash, which peaked at #61 on Billboard's country charts. Shortly thereafter, he began his own recording career.

Throughout the 1970s, and especially in the first half of the decade, Mull was best known as a musical comedian, performing satirical and humorous songs both live and in-studio recordings. Notable live gigs included opening for Randy Newman and Sandy Denny at Boston Symphony Hall in 1973;[7] Frank Zappa at Austin's Armadillo World Headquarters in 1973; Billy Joel in Wilkes-Barre, Pennsylvania in 1974; and for Bruce Springsteen at the Shady Grove Music Fair in Gaithersburg, Maryland, in October 1974. His self-titled debut Album, released by Capricorn in 1972, featured many noteworthy musicians, including Ramblin' Jack Elliott, Levon Helm from The Band, Keith Spring of NRBQ and Libby Titus.[8]

Elvis Costello and Gary Sperrazza attribute the remark, "Writing about music is like dancing about architecture" to Martin Mull.[9][10]

Mull has been a painter since the 1970s, and has work appear in group and solo exhibits. He participated in the June 15, 1971 exhibit "Flush with the Walls" in the men's room of the Boston Museum of Art to protest the lack of contemporary and local art in the museum.[11] His work often combines photorealist painting, and the pop art and collage styles.[12] He published a book of some of his paintings, titled Paintings Drawings and Words, in 1995. One of his paintings was used on the cover for the 2008 Joyce Carol Oates novel My Sister, My Love.[13] Another painting, owned by Steve Martin titled After Dinner Drinks (2008), was used for the cover of Love Has Come for You, an album by Steve Martin and Edie Brickell.[14]

In a 2010 interview on The Green Room with Paul Provenza, Mull identifies himself as an agnostic, saying "I certainly don't begrudge someone else their choice to follow whatever they do, it's just for me, it doesn't make a lot of sense. I think more harm has come to this planet through organized religion, probably, than any single situation that we've invented."[19]