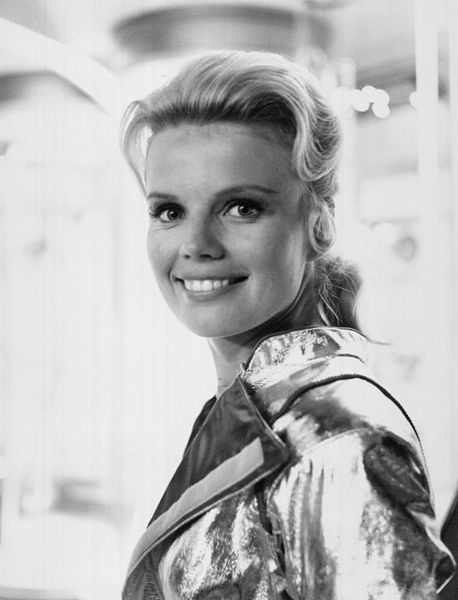 Kristen is best known for her role as Judy Robinson, one of Professor John and Maureen Robinson's daughters, in the television series Lost in Space (1965-1968). Marta played the part of the space family's eldest child, a mature "20-something woman" near the age group of the space pilot, played by Mark Goddard. Her mature role allowed adult form-fitting fashions and hairstyles, as shown in publicity photos of the TV series.

Kristen was born Birgit Annalisa Rusanen in Oslo, Norway, to a Finnish mother and a German soldier father who was killed during World War II. She spent her first years in an orphanage in Norway,[1] and then was adopted in 1949 by an American couple from Detroit, Michigan, Harold Oliver Soderquist,[2] and Bertha[3] and renamed her Martha Annalise Soderquist. Her foster father was a professor of education at Wayne University, Detroit.[4][5] Marta also has an adopted brother whom her foster parents adopted later.[6]

Later, she moved to Los Angeles, California, with her family in 1959 when her father was on a sabbatical. Marta remained there, with a guardian, and is graduate of Santa Monica High School.[4]

Reflecting her Scandinavian heritage, she adopted the more European-sounding "Marta" and used Marta Kristen as her stage name.[3] She first appeared in a 1961 episode of Alfred Hitchcock Presents, "Bang! You're Dead", alongside Billy Mumy, who later co-starred with Kristen in Lost in Space. Her first successful film role was that of Lorelei in the 1965 movie Beach Blanket Bingo. She later starred in Lost in Space and made numerous guest appearances on television shows. When her daughter was born in 1969, she began making television commercials and eventually appeared in more than 40. She also made the occasional film appearance in movies such as Terminal Island (1973) and the cult science-fiction film Battle Beyond the Stars (1980). She starred in the 1998 television movie Lost in Space Forever and had a cameo role in the 1998 movie Lost in Space. She also appeared in the A&E biography Jonathan Harris, Never Fear, Smith Is Here in 2002. Kristen also provided voice work for the 2009 animated theatrical short "The Bolt Who Screwed Christmas" which also included voice work from her Lost in Space co-stars Harris, Mumy, and Angela Cartwright.

Kristen has a daughter and granddaughter. On a trip to Finland in 1969, while still pregnant with her daughter Lora, she located her birth mother, Helmi Rusanen, and an older half-sister, and in 1997 she discovered a brother residing in Australia.

In May 2016, Kristen announced on her Facebook page that her husband Kevin Kane had died.[14]

Report a problem
Write to Marta Kristen at FanPal • 2021