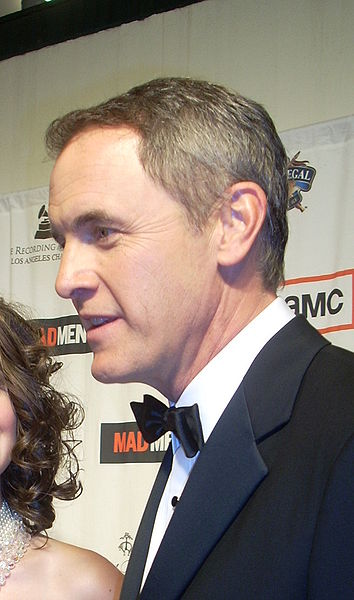 Mark W. Moses (born February 25, 1958) is an American actor, known for his roles of Paul Young on Desperate Housewives and Herman "Duck" Phillips on the AMC series Mad Men.

Moses was born in New York City but grew up in Evanston, Illinois. His father worked in advertising on Madison Avenue while they lived in New York. He has stated that he drew inspiration from his father when he landed the role of Duck Phillips on the hit show Mad Men. Moses's parents moved to Saint Louis, Missouri while he was still in high school, so he stayed with family friends in Evanston to finish high school there. Moses attended Evanston Township High School where he was quarterback of the school's varsity football team. He then enrolled at Ithaca College in Ithaca, New York, where he majored in English. Moses dropped out after a year to travel. He later enrolled at New York University, where he graduated with a degree in theater.
Read more...

Moses appeared in a number of films by director Oliver Stone, such as Platoon, The Doors, and Born on the Fourth of July.

While Moses made frequent film and episodic TV appearances, he became better known when he was cast in the role of Paul Young on the ABC dramedy Desperate Housewives (2004-2007). As the disturbed husband of the deceased Mary Alice Young, Paul was a key character in the show's original main mystery. Moses rejoined the show in the 2010 season.[1]

Moses made a brief appearance in the 2008 film Swing Vote, starring Kevin Costner.

He was cast in 2015 as Jeffrey Michener, former HUD secretary and president of the US, in the TNT TV series The Last Ship.