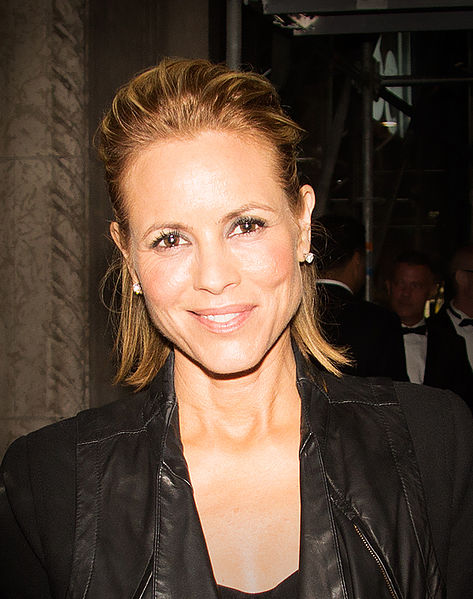 Bello was born in Norristown, Pennsylvania, to Kathy, a school nurse and teacher, and Joe Bello, a contractor.[1][2] Her father is Italian American, with roots in Montella, Italy,[3] and her mother is Polish American.[4] She grew up in a working-class Roman Catholic family and graduated from Archbishop John Carroll High School in Radnor, Pennsylvania.[5][6] She majored in political science at Villanova University. Following graduation, Bello honed her acting skills in a number of New York theater productions.[7]
Read more...

Bello at the Independent Spirit Awards in Los Angeles on March 5, 2010

Her breakthrough came when she was cast as Mrs. Smith in the TV series spy show Mr. & Mrs. Smith, though the show was cancelled after 8 weeks. She then appeared in the final three episodes of the third season of ER as pediatrician Dr. Anna Del Amico and was a regular cast member during the medical drama's fourth season.

Bello moved on to films, landing a role in Coyote Ugly (2000). She was nominated for the Golden Globe award twice: for Best Supporting Actress in The Cooler (2003) and for Best Actress in A History of Violence (2005). She starred in The Jane Austen Book Club (2007) as Jocelyn.

In 2008, Bello starred in The Mummy: Tomb of the Dragon Emperor as Evelyn O'Connell.[8] In December 2008, Bello began developing a drama for HBO. Besides starring in the new series, Bello was planned to also serve as an executive producer.[9] She starred in the 2009 drama film The Yellow Handkerchief, which was released in theatres on February 26, 2010 by Samuel Goldwyn Films.

In 2010, Bello guest-starred in two episodes of Law & Order: Special Victims Unit.[10] The following year, she starred in the TV series Prime Suspect, which was cancelled after 13 episodes.

In 2011, Bello became a founding board member of the CQ Matrix Company, a company created by her then life-partner, Clare Munn, to help clients achieve "transformative living and the power of intelligent exchange" by enhancing their communication quotient.[11]

In 2014, she starred alongside Frank Grillo in the James Wan-produced thriller Demonic.[12]

In the aftermath of the 2010 Haiti earthquake, Bello founded WE ADVANCE with Aleda Frishman, Alison Thompson, and Barbara Guillaume. It is an organization that encourages Haitian women to collaborate in making healthcare a priority, and putting an end to domestic violence within their communities. Currently, the organization is based in a health clinic and a community outreach center in Cité Soleil.[13] Bello is also a board member of Darfur Women Action Group, an NGO that undertakes activism on behalf of genocide victims of the Darfur conflict.[14]

Bello has a son with former boyfriend Dan McDermott.[15]

In November 2013, Bello wrote about having a same-sex relationship with her then-partner and then-friend, Clare Munn.[15][16]

She published a book, Whatever...Love Is Love: Questioning the Labels We Give Ourselves (Dey Street Books, April 28, 2015).