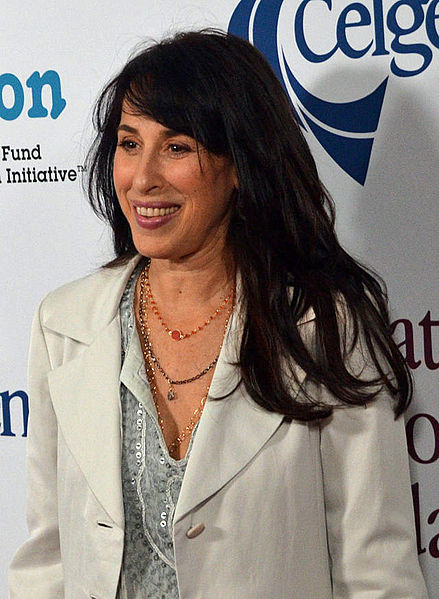 Margaret Emily Wheeler (née Jakobson; born August 7, 1961) is an American actress. She is best known for her role as Janice on the sitcom Friends. She was also a recurring character on Everybody Loves Raymond as Linda as well as Anita Warrell on the sitcom Ellen.

Wheeler was born in Manhattan, the daughter of Barbara, a writer, and John Jakobson, who began his career on Wall Street as one of youngest members of the New York Stock Exchange and left an estate worth $100 million.[1][2] She was raised in a secular Jewish household.[3] She married Daniel Borden Wheeler in 1990.[4] They have two children.
Read more...

In the 1980s, Wheeler (under her maiden name of Jakobson) briefly dabbled in voice acting on the animated series SilverHawks, where she provided all the female voices, specifically the villainess Melodia and the heroine Steelheart/Emily Hart, and on the Karate Kat and Mini-Monsters segments of The Comic Strip.

It was rumored that Wheeler auditioned for the role of Monica Geller, however after many interviews she stated that it was a false rumour,[5] she was however invited to play Janice Goralnik, a recurring character who was a frequent love interest of main character Chandler Bing. She appeared at least once in each season; her 19 episodes tie her with Christina Pickles for Friends’ third most frequent guest actor, behind only Elliott Gould's 20 episodes, and James Michael Tyler's 150 episodes.

She also auditioned for the role of Debra Barone, on the American sitcom Everybody Loves Raymond. Although she was the producers' choice, CBS ended up selecting Patricia Heaton. Instead, Wheeler played the recurring role of Debra's friend, Linda.

According to Kathy Griffin's autobiography, Official Book Club Selection, Wheeler was cast in the role of Vicki for the pilot episode of Suddenly Susan and was eventually replaced by Griffin.[6]

She had a star billing in the first season of Ellen. She appeared on the hit comedy Seinfeld in the episode "The Fix-Up", as one of Elaine's friends who is set up with George. She has appeared in many other television programs, including Drake & Josh, ER, The X-Files, The War at Home, Will & Grace, Jack and Jill, How I Met Your Mother and Curb Your Enthusiasm.

In 1998, she appeared in the remake of Disney's The Parent Trap, playing the younger of a mother-daughter pair of camp counselors.

In 2005, Wheeler starred opposite David DeLuise on the NBC pilot The Sperm Donor. Wheeler provided the voice of Odile in Barbie of Swan Lake, and in 2010 she voiced Trinette in four episodes of Archer on FX.

In 2011 she guest starred in the Disney Channel Original Series Shake It Up as Dina's Mom.