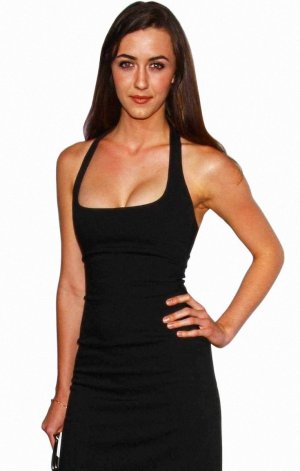 Zima was born in New Haven, Connecticut, the daughter of Marie and Dennis. Her surname means "winter" in Polish and comes from her maternal grandfather, who was of Polish descent.[2] Zima has two younger sisters, Vanessa and Yvonne, both of whom are also actresses.[3]
Read more...

Zima began her career when she was two years old, after she was chosen as a child to appear in a television commercial for Downy fabric softener.[4]

From 1993 to 1999 she played the role of Grace Sheffield on the television show The Nanny throughout all of its six seasons. In 2007 and 2008 Zima played Mia Lewis, a sexually precocious and conniving 16-year-old, on the first two seasons of the series Californication and overall appeared at the series' episodes from 2007 to 2011. In promotion of Mia's book, Fucking & Punching, Zima starred in several Californication webisodes that are featured on YouTube. From 2009 to 2010, Zima joined the cast of Heroes as Gretchen Berg, Claire Bennet's quirky bisexual roommate and tentative love interest.[5]

Zima has also become known for her work in films such as The Hand That Rocks the Cradle, A Cinderella Story, Dimples, Looking for Sunday, Once in a Very Blue Moon, Pretty Little Devils and The Collector.

Zima appeared as a guest star on several TV shows including Law & Order, JAG, and Touched by an Angel. She also guest starred in an episode of The Vampire Diaries, and in two episodes of the 2017 Twin Peaks revival playing Tracey Barberato. In 2012, she was cast in a co-starring role in the ABC drama pilot Gilded Lillys,[6] though the series was ultimately not picked up by ABC.

She was nominated three times for a YoungStar Award at the YoungStar Awards, in 1995, 1997 and 1999 all of them for Best Performance by a Young Actress in a Comedy TV Series for The Nanny (1993).