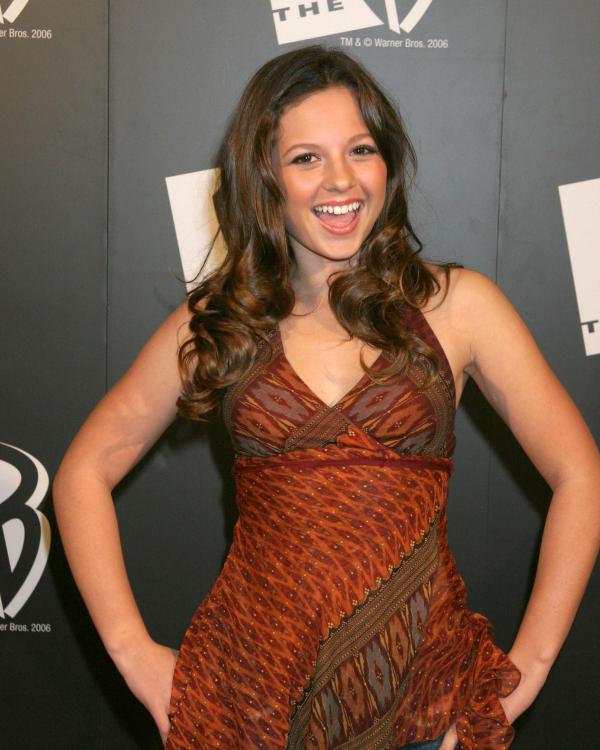 Mackenzie Rosman (born December 28, 1989[1]) is an American actress. She is known for her television role as Ruthie Camden on The WB Television Networks' long-running show 7th Heaven.

Outside of acting, Rosman enjoys animals, especially horses, of which she owns many. She is a competitive equestrian show jumper and rides in jumping competitions on her horse Mentos Junior.[2]

Rosman is an active supporter of fundraising for the Cystic Fibrosis Foundation and wishes to educate the public about the need for organ donation. Mackenzie's stepsister, Katelyn Salmont, lived with Cystic fibrosis and in late 2005, Salmont underwent a successful double lung-transplant. Her stepfather Randy donated one organ. Both girls were featured in Teen People's "20 Teens Who Will Change the World". 7th Heaven produced a special episode about cystic fibrosis titled "Back in the Saddle Again" which featured Salmont as herself, and Rosman and Salmont rode horses together, as they did at home. In 2005, 7th Heaven again brought Salmont on the show, post-transplant, which gave her a chance to explain about the new life she had been given in the episode entitled "X-Mas." Salmont died from pneumonia and cystic fibrosis on Christmas 2008.[3] Rosman also supports Childhelp Inc. and is an ambassador for the organization, which helps severely abused children.[4] Rosman is also the national honorary chairman for CureFinders, a school fundraising program to help fund the search for a cure for cystic fibrosis.[3]

Rosman graduated from Valencia High School in late May 2007.

In 1996, she got the part of Ruthie Camden on 7th Heaven by personally greeting each person in the room with a handshake during her audition. In addition to her role on 7th Heaven, Rosman appeared in the independent film Gideon, starring Christopher Lambert, Charlton Heston and Shelley Winters. She has appeared in numerous television commercials starting at age four including a Tuff's Diaper commercial and a Nike shoe commercial.

Rosman plays the role of Loreli in the 2009 film The Tomb, based on the works of H. P. Lovecraft. Her latest film role has been Jill in the new horror movie, Fading of the Cries. She starred in the episode "Till It's Gone" and "Goodbye Amy Juergens" as Zoe, the teen who sleeps with Ricky to get back at Adrian on The Secret Life of the American Teenager.