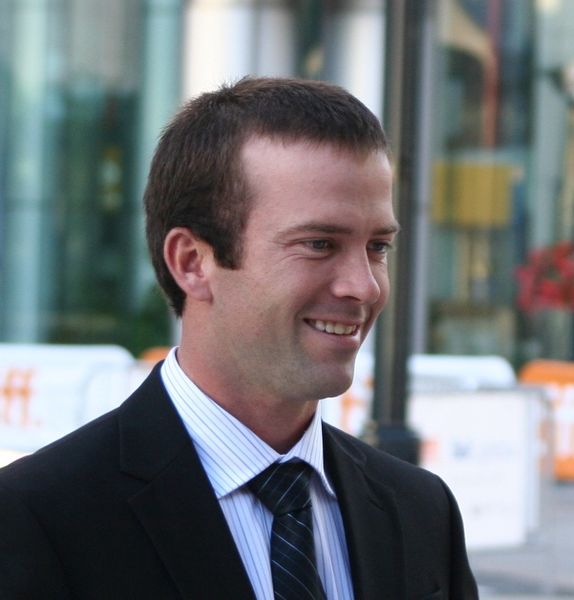 Black was born in Decatur, Alabama,[1] to Jan Gillespie, an office worker, and Larry Black, a museum employee.[2] He has two older siblings and was raised a Southern Baptist.[3] He grew up in Speake, Alabama,[1] played football for the Speake Bobcats, and graduated from high school in May 2001.[4]
Read more...

Black made his film debut in Kevin Costner's film The War (1994).[5] He subsequently was cast as Caleb Temple in CBS' television series American Gothic, which ran from 1995 to 1996, and in the films Sling Blade, Ghosts of Mississippi, and The X-Files.[6] Later Black starred as Conner Strong in the TV film Flash (1997), which aired on The Wonderful World of Disney; in the movie his character visits a horse every day in the hope of buying it.[7]

Black played a supporting role as Oakley in the historical drama Cold Mountain (2003).[8] In 2004 he starred as Vernon, an autistic piano prodigy, in the indie musical drama Killer Diller (2004),[9] and as Mike Winchell in the football-themed drama Friday Night Lights (2004), directed by Peter Berg.[10]

Black starred as Buddy in the indie drama Get Low (2009), directed by Aaron Schneider;[15] as Jeep Hanson in the Bible-themed fantasy thriller Legion (2010);[16] and as Luke Chisholm, a talented young golfer set on making the pro tour, in the indie golfing film Seven Days in Utopia (2010).[17]

He portrayed the Brooklyn Dodgers shortstop Pee Wee Reese in the drama film 42 (2013). Black, having done previous sports films and played sports early in his life, found the filming experience "a lot more enjoyable because you get to reminisce about the days when I used to play, and then you get the experience of being on a team again with the actors and have that camaraderie with the players".[18]

In 2014, Lucas was cast in NCIS: New Orleans as a NCIS Special Agent Lasalle, a no-nonsense agent with a "work hard, play hard" motto.[19]

In 2015, Black returned to play Sean Boswell in Furious 7 making a cameo.

In 2016, it was rumored that Lucas Black could have returned to play Sean Boswell in Fast & Furious 8 but finally did not appear in the eighth installment. In July 2016 Black had declared that in the Chris Mannix show he could not return to the franchise from the eighth installment due to his hard schedule with the NCIS: New Orleans.[20]