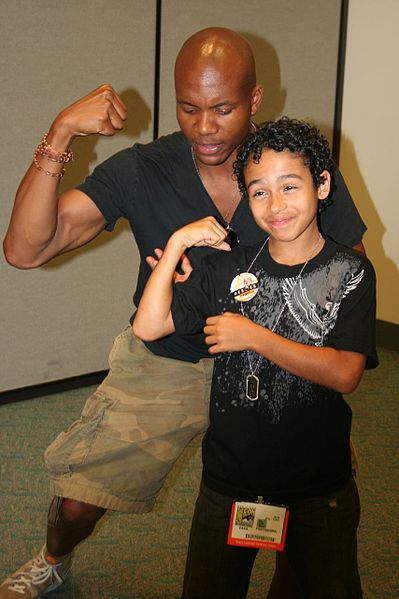 Leonard Roberts (born November 17, 1972) is an American actor. He is best known for his roles as Sean Taylor in Drumline and for playing Forrest Gates in the fourth season of Buffy the Vampire Slayer and DL Hawkins in the first season of Heroes.

Roberts was born in St. Louis, Missouri. He graduated from University City High School and in 1995, Roberts graduated from The Theatre School at DePaul University with a Bachelor of Fine Arts in acting.[1]
Read more...

He portrayed roles as Sean Taylor in Drumline and starring as Forrest Gates in the fourth season of Buffy the Vampire Slayer. He is also known among Smallville fans as playing the role of Nam-Ek, and D.L. Hawkins on the NBC science-fiction drama Heroes. Roberts is credited with the role of Leo in the 2011 film, Pizza Man. He plays a very small role in season 1 NCIS as a member of a navy base.