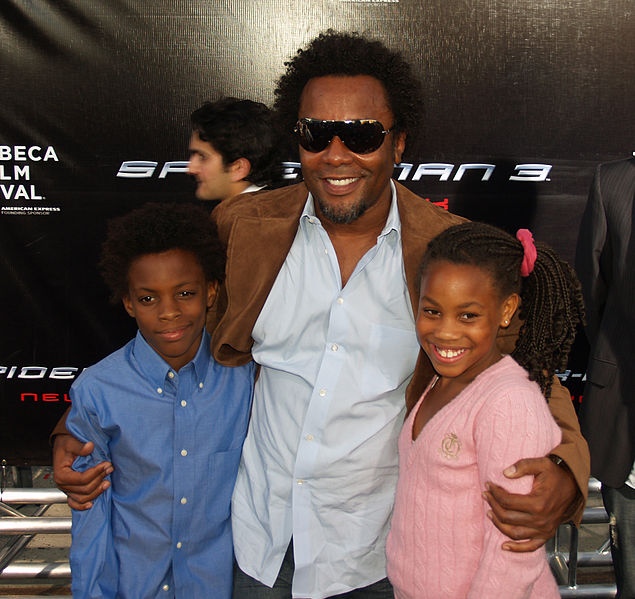 In 2012, Daniels directed The Butler, a historical fiction drama featuring an ensemble cast portraying unique events on the 20th century presidents of the United States at the White House. Daniels is also a co-creator, executive producer, and director of the television series Empire and Star, which debuted in 2015 and 2016, respectively.

Lee Louis Daniels was born on December 24, 1959[1] in Philadelphia, Pennsylvania, the son of Clara Watson and William L. Daniels.[2] Daniels' younger sister Leah is a casting director.[3] He graduated from Radnor High School in 1978,[4] and then Lindenwood University in St. Charles, Missouri.[5]

Daniels couldn't afford film school, so he started at a liberal arts college in Missouri but realized it wasn't for him, and moved to Hollywood, eventually working as a receptionist in a nursing agency. Realizing he could do it on his own, he quit the job and started his own agency. He sold the company and went to work casting actors using his skills from "casting" nurses.[6][7] He began his career in entertainment as a casting director and manager after a chance meeting with a Hollywood producer, working on such projects as Under the Cherry Moon and Purple Rain. He continued managing talent. The documentary My Big Break features Daniels early in his career when he was managing actor Wes Bentley, who starred as Ricky Fitts in American Beauty. In the documentary, Daniels comments on Bentley's reluctance to capitalize on his newfound celebrity status.[citation needed]

Daniels' father, Philadelphia police officer William, was "killed in the line of duty" when Daniels was a teenager in 1975.[8][9] Daniels has been very open about his father being physically abusive towards him, and even trying "to beat it out of me".[10]

Monster's Ball, the debut production of Lee Daniels Entertainment, was a critical and box office success. Halle Berry won the Oscar for Best Actress; the film was also nominated for Best Original Screenplay.[11]

Daniels' 2004 production The Woodsman, starring Kevin Bacon, Kyra Sedgwick and Mos Def, premiered at the Sundance Film Festival.[12] It went on to garner three nominations at the 2005 Independent Spirit Awards, the CICAE Arthouse Prize at the Cannes Film Festival, the Jury Prize at the Deauville International Film Festival and a "Special Mention for Excellence in Filmmaking" award from the National Board of Review.[13]

Daniels at the 2009 Tribeca Film Festival.

Daniels' 2008 production Tennessee was written by Russell Schaumberg and directed by Aaron Woodley (Rhinoceros Eyes), the film is about two brothers, played by Adam Rothenberg and Ethan Peck, who travel from New Mexico to Tennessee to search for their estranged father. Along the way they meet Krystal (Mariah Carey), an aspiring singer who flees her controlling husband (Lance Reddick) to join them on their journey.[17]

His 2009 film Precious told the story of an obese, illiterate, 16-year-old girl (Gabourey Sidibe) who lives in a Section 8 tenement in Harlem. She has been impregnated twice by her father, Carl, and suffers long-term physical, sexual and emotional abuse from her unemployed mother, Mary (Mo'Nique). Carey appeared as a social worker. The film screened at the 2009 Sundance Film Festival and went on to garner widespread acclaim.[18]

Daniels was nominated for the Academy Award for Best Director, and the film received a Best Picture nomination. It was a financial success grossing $63 million worldwide against a budget of $10 million.[19]

Daniels directed The Paperboy (2012), based on the 1995 novel by American author Pete Dexter who penned the original script which was further developed by Daniels, and starring Matthew McConaughey, Zac Efron, John Cusack, and Nicole Kidman. The film competed for the Palme d'Or at the 2012 Cannes Film Festival.[21][22]

He directed the historical fiction drama film The Butler (2013), starring Forest Whitaker, John Cusack, Jane Fonda, Mariah Carey, Terrence Howard, Alan Rickman, and Oprah Winfrey. The Butler received positive reviews from critics and grossed over a $100 million in the United States against a budget of $30 million.[23]

Empire, a television series created by Daniels, premiered on January 7, 2015. Daniels directed the first episode and co-wrote it with The Butler screenwriter Danny Strong. The series stars Terrence Howard and Taraji P. Henson, and is about a family's music empire.[citation needed]

In 2015, Daniels was listed as one of the nine runners-up for The Advocate's Person of the Year.[24]

In June 2016, the Human Rights Campaign released a video in tribute to the victims of the 2016 Orlando gay nightclub shooting; in the video, Daniels and others told the stories of the people killed there.[25][26]

On December 2, 2016, Daniels received a star on the Hollywood Walk of Fame for his contributions to the television industry.[27]

On February 8, 2018, amfAR, The Foundation for AIDS Research paid tribute to Daniels at their 20th annual amfAR Gala New York at Cipriani Wall Street. Award-winning actress, singer, and songwriter Queen Latifah presented Lee Daniels with the amfAR Award of Courage, describing his past work with HIV/AIDS patients. She also shared that as a gifted creative force, he creates “unfailingly human” characters, who are “often striving to rise above difficult circumstances.” In his acceptance speech, Lee Daniels spoke about a generation lost to AIDS, and said that the crisis had taken at least 40 of his personal friends. In the fight against AIDS, he said it is important to “step up when it matters.”[28]

On September 16, 2015, Daniels was asked about actor Terrence Howard saying that his first wife "was talking to me real strong, and I lost my mind and slapped her in front of the kids" and that he got physical with his second wife too in a September 2015 Rolling Stone interview.[29] Daniels excused the domestic violence and called Howard "that poor boy." Then he said that Howard hasn’t done anything that Sean Penn hasn’t done.[30] A week later, Daniels was sued by Penn in a $10 million defamation lawsuit. The lawsuit states that "Daniels falsely equates Penn with Howard...Penn (unlike Howard) has never been arrested, much less convicted, for domestic violence, as his ex-wives (including Madonna) would confirm and attest."[31][32][33] Penn dropped the lawsuit in May 2016 after Daniels retracted his statement and apologized.[34]

Daniels with his nephew and niece at the 2007 world premiere of Spider-Man 3.

Daniels lives in Manhattan. He is openly gay.[35] He and his then-partner, casting director Billy Hopkins, adopted Daniels' biological niece and nephew, Clara and Liam.[36][37]

In 2015, Daniels clarified his sexuality by stating that despite being gay men, both he and "Empire" actor Jussie Smollett are sexually fluid.[39]

Jussie and I both share the same feeling that, yes, even though we are gay, we’re sexual human beings...And we do occasionally want to sleep with a woman. Maybe once every 10 or 15 years, but it happens! And there are a lot of people who don’t want to hear about that. It’s such a complicated conversation. It's not necessarily the body one is attracted to. You can be sexually attracted to the spirit, the energy, the life force in another person. We're showing life on Empire, and I won't apologize for it.