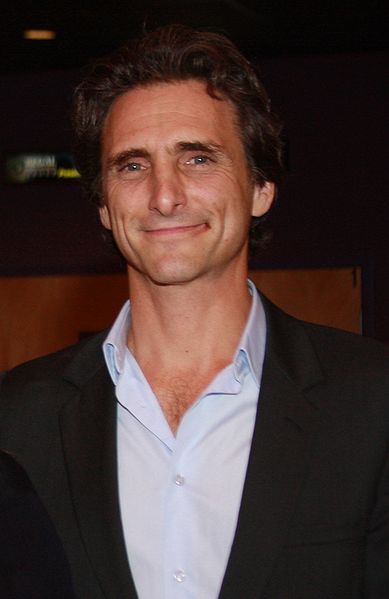 Bender rose to fame by producing Reservoir Dogs in 1992 and has since produced all of Quentin Tarantino's films with the exception of Death Proof, Django Unchained and The Hateful Eight. Bender has also produced three documentary films, most notably An Inconvenient Truth (2006) which won the Academy Award for Best Documentary Feature.[3] He has received three Best Picture nominations for producing Pulp Fiction, Good Will Hunting and Inglourious Basterds.[4]

Bender was born to a Jewish family in The Bronx, New York, and grew up in New Jersey, where his father was a college history professor and his mother was a kindergarten teacher.[5] In high school, he decided to pursue a career as a civil engineer. His grandfather had been a civil engineer and he heard there were good jobs available in the field.[6] He is a graduate of The University of Maine, Class of 1979, majoring in Civil Engineering.[6][7][4]

While attending U-Maine, Bender acquired a passion for dance. After graduating, Bender pursued dancing and was awarded a scholarship to the Louis Falco dance troupe.[8] He worked as a dancer for some time before a series of injuries ended his dance career.[4]

In 2009, Lawrence produced the Tarantino film Inglourious Basterds which was nominated for an Academy Award for Best Picture.[10] He also produced the 2012 film Safe, which starred Jason Statham.[11] In 2016, he was executive producer for The Forest, Martin Scorsese's Silence and Mel Gibson's Hacksaw Ridge.[12] In 2017, it was announced that Bender would serve as a producer for the film The Widow.[13]

In early 2018, there was an allegation of a "cover up" over an on-set car crash during the filming of Kill Bill.[14] In February 2018, it was announced that Bender would serve as a producer on for the Al Capone biopic Fonzo.[15]

Bender makes cameo appearance in many of the films he produces: he was a police officer chasing Mr. Pink in Reservoir Dogs, a restaurant patron billed as a "Long Hair Yuppie-Scum" in Fresh, Pulp Fiction and Four Rooms, a hotel clerk in Kill Bill: Volume 2, and as a bartender in Safe.[11]

He produced the 2006 documentary An Inconvenient Truth, which raised unprecedented awareness about climate change, won the Academy Award for Best Documentary Feature.[16]

In 2008, Bender was a founding member of the World Security Institute campaign, Global Zero.[17] His 2010 documentary, Countdown to Zero, features Tony Blair, Presidents, Musharef, Gorbachev, De Klerk and Carter among others, details the urgent risk posed by proliferation, terrorism, and accidental use of nuclear weapons.[18] Bender was an executive producer for the 2017 sequel to An Inconvenient Truth, An Inconvenient Sequel: Truth to Power.[19]

In 2008, it was reported that Bender was working with Nine Inch Nails' Trent Reznor to create a television series based on the 2007 album Year Zero.[21]

Bender is also a passionate social and political activist and supports many causes.[26] Bender serves on the board of The Creative Coalition. He is a member of Council on Foreign Relations the Pacific Council. Bender is also on the Advisory Board for the UCLA Institute of the Environment and Sustainability and a member of the Global Zero campaign.[27][28]

On May 11, 2013, he returned to The University of Maine to receive an honorary Doctor of Humane Letters degree and share remarks during the 2013 Commencement ceremonies.[4]

In 1994, Pulp Fiction won the Palme d'Or award at the Cannes Film Festival.[31] Bender received a producer of the year award at the Cannes Film Festival in 2001, becoming the third person ever to win the award and the first American to do so.[32] In 2005, Bender was presented with the Torch of Liberty award from the ACLU.[33] He was named a Wildlife Hero by the National Wildlife Federation in 2011.[34] Throughout his career, films Bender has produced or executive produced have won a total of eight Academy Awards.[2]