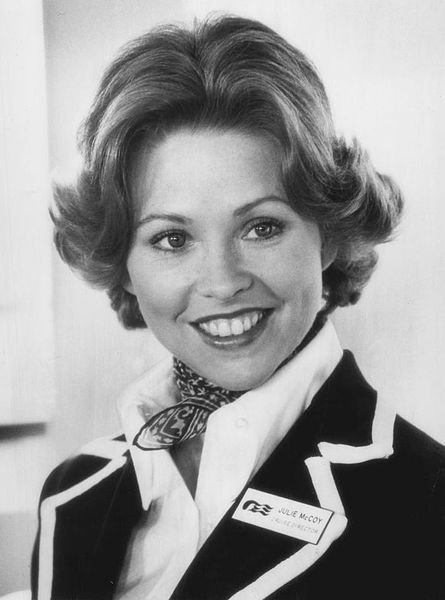 Lauren Tewes (/ˈtwiːz/; born Cynthia Lauren Tewes; October 26, 1953) is an American actress. She is known for her role on the television comedy anthology series The Love Boat, which originally aired on ABC from 1977-86.

She was raised in Whittier, California[5] and attended Pioneer High School and Rio Hondo College. She also studied at the University of California, Riverside, where she won the 1st Annual Chancellor's Award for Excellence in the Theatre.[citation needed]

Tewes made her stage debut in Arsenic and Old Lace at the Pacific Conservatory Theatre in California. In 1977, Tewes appeared in an episode of the TV series Family ("Mirror, Mirror on the Wall...") as Jill Redfield, a young woman feeling helpless about being expected to marry a man she doesn't love. A year earlier, she had been cast for the role of cruise director Julie McCoy on The Love Boat. She was selected from more than 100 actresses who auditioned for the role.[6] She was in the third and final pilot of the show, and cast the day before production began.[7]

She made her film debut in the 1981 movie Eyes of a Stranger. In 1984, after seven seasons, Tewes was replaced on The Love Boat after a highly public battle with cocaine abuse (which she eventually overcame). She did reprise her role as a guest in a 1985 episode.[8]

Tewes was cast in a 1985 CBS sitcom pilot Anything for Love. The pilot aired as a special that summer, but was not picked up as a series. Tewes appeared in a 1998 episode of Love Boat: The Next Wave, a revival of the original series. In 2000-01, she had a recurring role as a police detective on The Fugitive.[9]