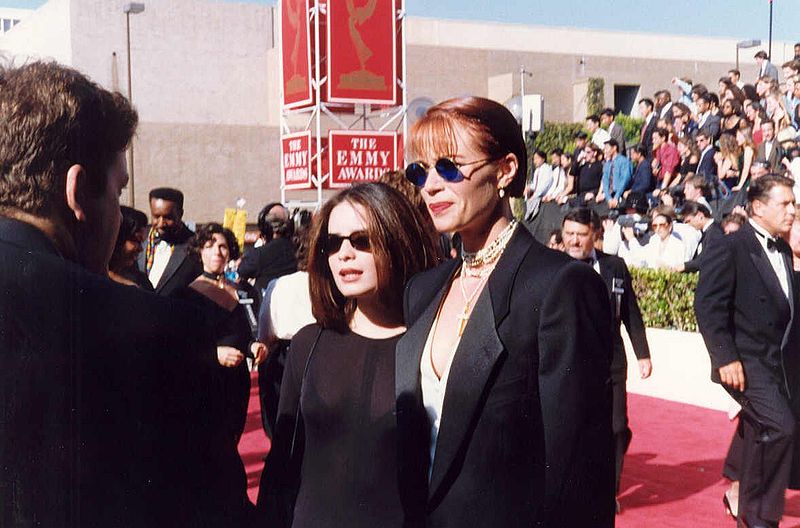 Lauren Michael Holly (born October 28, 1963) is a Canadian-American actress. She is known for her roles as Deputy Sheriff Maxine Stewart in the television series Picket Fences, Director Jenny Shepard in the series NCIS, and Dr. Betty Rogers on Canadian series Motive; as well as playing Mary Swanson in Dumb and Dumber, Linda Lee in Dragon: The Bruce Lee Story, Darian Smalls in Beautiful Girls, Cindy Rooney in Any Given Sunday, and Gigi in What Women Want.

Holly was born in Bristol, Pennsylvania.[1] Her mother, Michael Ann Holly, is an art historian and the Starr Director of Research and Academic Program at the Sterling and Francine Clark Art Institute,[2] and former professor at Hobart and William Smith Colleges. Her father, Grant Holly, is a screenwriter and professor of literature at Hobart and William Smith Colleges.[3] She has two younger brothers: Nick and Alexander Innes Holly (1977-92). Holly was raised in Geneva, New York, and is a 1981 graduate of Geneva High School, where she was a cheerleader. In 1985, she earned an undergraduate degree in English from Sarah Lawrence College in New York.[4]
Read more...

Holly with Holly Marie Combs (left) at the 1993 Emmy Awards

Holly's acting career began at the age of 20 when she appeared as Carla Walicki in two episodes of Hill Street Blues. At age 23, she joined the cast of the ABC television soap opera All My Children as Julie Rand Chandler (1986–1989). She portrayed the comic book character Betty Cooper in the TV movie Archie: To Riverdale and Back Again in 1990.

In 1992, Holly's big break came when she was cast as small-town Deputy Sheriff Maxine Stewart opposite veteran movie actor Tom Skerritt on CBS's Picket Fences for four seasons, appearing in every episode except one. She portrayed Linda Lee Cadwell, the wife of martial artist and actor Bruce Lee, in 1993's Dragon: The Bruce Lee Story. She appeared as Mary Swanson, Lloyd Christmas's love interest, in the 1994 Jim Carrey comedy Dumb and Dumber; a doctor in Sydney Pollack's 1995 remake of Sabrina; and Lieutenant Emily Lake in the 1996 comedy Down Periscope with Kelsey Grammer. She starred in the movie Any Given Sunday (1999).

Holly appeared in the music video for Dixie Chicks' single "Goodbye Earl" (2000). She was a member of the cast of NCIS as Director Jenny Shepard from 2005 to 2008, reuniting with her former Chicago Hope co-stars Mark Harmon and Rocky Carroll. Holly portrayed the "worldly and stunning"[5] lead medical examiner Dr. Betty Rogers, a regular character on the CTV series Motive. In 2014, she was reunited with her Picket Fences co-star, Tom Skerritt, in the movie, Field of Lost Shoes.[6] In 2015, Holly starred in Oz Perkins' horror film The Blackcoat's Daughter.[7] In February 2017, it was announced that Holly had joined Nicholas Gyeney's Seattle-based reality-drama, Ultra Low, set to begin filming the following March.[8]

In 1992, Holly, her father Grant, and their families established the "A" Fund at Hobart and William Smith Colleges in memory of her brother, Alexander, about whom Holly said, "He was a boy filled with dreams, hopes, and plans. Although he was only 14 when he died, he had traveled extensively in Europe and Central America, lived in New York City and Los Angeles, and these experiences produced in him a fascination for architecture and archaeology."[10]