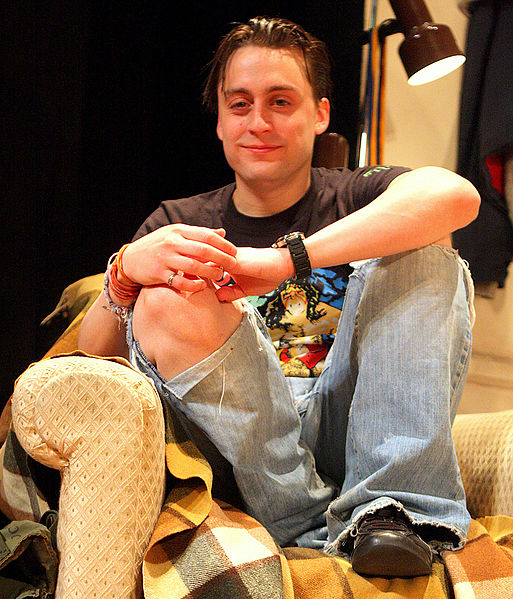 Kieran Kyle Culkin (born September 30, 1982) is an American actor. He began his career as a child actor, acting alongside his older brother Macaulay in the Home Alone franchise (1990-1992) before going on to feature in films including the 1991 film Father of the Bride and its 1995 sequel, My Summer Story (1994), the sequel to A Christmas Story, The Mighty (1998), She's All That (1999), The Cider House Rules (1999), The Dangerous Lives of Altar Boys (2002), Scott Pilgrim vs. the World (2010), and Movie 43 (2013). His breakout role in Igby Goes Down (2002) received critical acclaim and he was nominated for a Best Actor Golden Globe Award, as well as winning a Critics' Choice Movie Award and Satellite Award. He has also acted on the stage, most notably in several productions of the Kenneth Lonergan play This Is Our Youth. In 2015, he portrayed Rye Gerhardt in the second season of the FX series Fargo. He currently plays Roman Roy in the HBO series Succession.

Culkin was born in New York City, the son of Patricia Brentrup and Kit Culkin, a former stage actor with a long career on Broadway.[1] His sister Dakota (born 1979), died in a car accident in 2008.[2]
Read more...

Culkin at the 2010 San Diego Comic-Con

Culkin's first film role was a small part alongside his brother, Macaulay, in Home Alone as cousin Fuller McCallister. He continued acting as a child and teenager, mainly working in comedies, including Home Alone 2: Lost in New York and Father of the Bride and its sequel. He also played a role in She's All That as Laney's younger brother, Simon.

As a teenager, he alternated between lead roles in independent films and small parts in mainstream films. He played the title role in the film Igby Goes Down,[3] for which he was nominated for a Golden Globe Award; and previously appeared in the Academy Award-nominated movie Music of the Heart. He also had the lead role in The Mighty as Kevin Dillon.

He played Buff in Eric Bogosian's updated version of SubUrbia at the Second Stage Theatre in New York; in 2010, Culkin played Scott Pilgrim's 'cool gay roommate' Wallace Wells in the movie Scott Pilgrim vs. the World.

In 2015, he portrayed Rye Gerhardt in the second season of the FX series Fargo.

Report a problem
Write to Kieran Culkin at FanPal • 2020