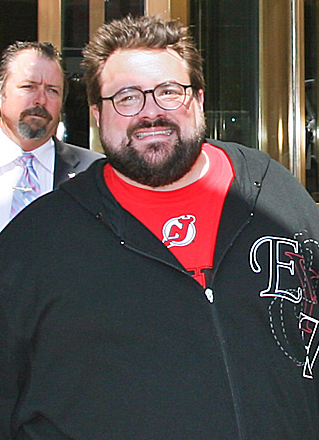 Smith help lead West Orange-Stark High School to back to back 4A State Championships (1986-1987).

He earned All-State on both sides of the ball his senior year, after intercepting 12 passes and catching 9 touchdowns. Smith was also a letterman in baseball, basketball and track and field.

He was recruited to play wide receiver for University of Houston and Louisiana State University. Kevin was just recently inducted into the Texas High school Hall of Fame 2016

Smith attended Texas A&M University, where he was a cornerstone for several successful Aggie football teams with his stellar play at cornerback. In 1991 the Aggies allowed only 222.4 yards per game to lead the nation in total defense. He helped win the Southwest Conference championship in 1991 and 1992.

As a senior, he was called upon to return kicks midway through the season. He quickly made his mark returning one punt 71 yards for a touchdown against Rice University and latter adding a 73-yard touchdown kickoff return against Texas. He finished the season with the sixth best punt return average in the nation and scored six special teams touchdowns.

Smith owns the all-time Aggie interception and Southwest Conference record with 20. He was an All-SWC selection for 3 straight years, a semifinalist for the Jim Thorpe Award given to the nation's best defensive back and was a consensus All-American in 1991. He is arguably the greatest cornerback in Texas A&M University history and was inducted into the Texas A&M Athletic Hall of Fame in 1997.

Smith was drafted in the first round of the 1992 NFL Draft by the Dallas Cowboys and became the starting left cornerback late in his rookie season, helping the team win their first Super Bowl since the 1970s. In his second season, Smith’s confidence, natural ability, consistency and intelligence earned him a place with the elite defensive backs in the NFL. That year, he led the Cowboys with six interceptions and teamed with Larry Brown to form the youngest set of starting cornerbacks in the NFL. In 1994 he led the team with 17 passes defended.

Smith was well on his way to stardom with 39 consecutive regular-season starts, until his career was de-railed when he tore his achilles tendon in the first game of the 1995 season against the New York Giants on Monday Night Football. Although the Cowboys were already in discussions to possibly sign the flashy free agent cornerback Deion Sanders, the move went from a luxury to a need and Sanders was signed the following week. While recovering from the injury, Smith appeared in a Nike commercial with Sanders, using crutches and playing the role of "The Gipper".

In 1996 he regained his starting position and teamed with Sanders to form one of the strongest corner combos in the NFL. That season, he had 5 interceptions and established a career-high with 18 passes defensed.

Including 1998, Smith led the Cowboys in passes defensed every year he was in the league, except 1992 (rookie season) and 1995 (missed due to injury). He ended up winning 3 Super Bowls in his first 4 seasons.

In 1999 he reported to training camp with a back injury and never got on track. He missed eight games because of the back and other problems that stemmed from it. Smith's final season was in 2000, retiring after hurting his knee during training camp. He played nine seasons in the NFL, intercepting 19 passes and returning one for a touchdown.

After retiring from the NFL, Smith would return for one season as the color commentator of Texas A&M football games (where he worked with longtime Aggie Play-by-play man Dave South).

Report a problem
Write to Kevin Smith at FanPal • 2020