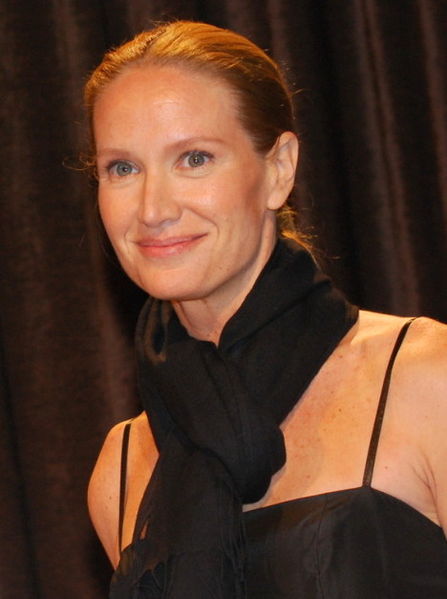 Lynch was born in Golden Valley, Minnesota, the daughter of Barbara, a modern dancer, and Robert Lynch, a restaurateur.[1] She attended the Guthrie Theater. She worked as a flight attendant after leaving college.[2] She was working as a model for the Elite modeling agency before acting. She was a good friend of Cynthia Allen Ahl, sister of The Suburbs guitarist Bruce C Allen. [3] In the 1980s, she studied with acting instructor Sanford Meisner.
Read more...

After several small roles, Lynch was cast in her breakthrough role in the feature film Cocktail (1988).[3] In 1989, Lynch starred opposite Patrick Swayze in the action film Road House and was nominated for the Independent Spirit Award for Best Female Lead for her performance in the crime drama Drugstore Cowboy, directed by Gus Van Sant.[4][5] She was also nominated for an Independent Spirit Award for The Beans of Egypt, Maine (1994). She turned down the role of Catherine Tramell in Basic Instinct (1992).[2] Lynch later had leading roles in a number of independent movies and co-starred in several Hollywood feature films, including Desperate Hours (1990), Curly Sue (1991), Three of Hearts (1993), Imaginary Crimes (1994), Virtuosity (1995), Heaven's Prisoners (1996), Mr. Magoo (1997), and Homegrown (1998). In the 2000s, Lynch has had supporting roles in the films Charlie's Angels (2000), Joe Somebody (2001), and The Jacket (2005).

Lynch has been married to producer and writer Mitch Glazer since 1992 and has a daughter, Shane, born in 1985, from a previous relationship.[3]