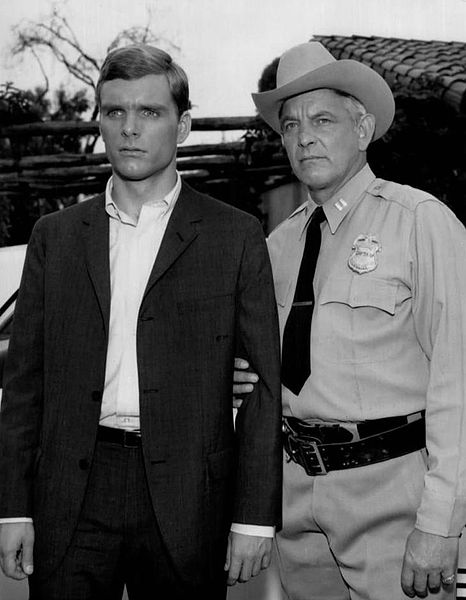 Dullea was born in Cleveland, Ohio, the son of Margaret (née Ruttan) and Robert Dullea. His mother was of Scottish descent and his father was a second-generation Irish-American.[3][4] He was raised in the Greenwich Village section of New York City where his parents ran a bookstore. He graduated from George School in Pennsylvania, then attended Rutgers University in New Jersey and San Francisco State University in California before deciding to pursue an acting career.[5]

Dullea has been married four times, first to stage and film actress Margot Bennett from 1960 until their divorce in 1968. He was married from 1969 to 1970 to Susan Lessons. In 1972, Dullea married Susie Fuller, who had two daughters from a previous relationship. The couple met during the London run of Butterflies Are Free. Dullea, Fuller and her children lived in London for several years. She died in 1998 after 26 years of marriage. In 1999, Dullea married actress Mia Dillon. They divide their time between an apartment in Manhattan and a house in Connecticut.

Dullea made his film debut in 1961's Hoodlum Priest,[6] in which he played a juvenile delinquent, though he had had an earlier role as the German pilot in a 1960 television adaptation of Mrs. Miniver starring Maureen O'Hara. In 1962, he starred with Janet Margolin in David and Lisa, a film based on the book by Theodore Isaac Rubin, M.D., a psychiatrist who treated the two mentally ill adolescents portrayed in the film. He played a number of emotionally disturbed youths in films such as the first screen adaptation of James Jones' The Thin Red Line (1964), and Bunny Lake Is Missing (1965), which co-starred Dullea with Laurence Olivier, Carol Lynley, and Noël Coward. Although they shared no scenes together in the film, when Coward initially met Dullea on the set, he uttered the often quoted line, 'Keir Dullea, gone tomorrow.'

Dullea also appeared on television in shows such as Naked City, a police drama about New York City, The Eleventh Hour, a medical drama about psychiatry, and Channing, a drama about life on a college campus starring Jason Evers and Henry Jones. In 1965, he guest-starred as Lieutenant Kurt Muller in episode 20, "To Heinie, With Love", of Twelve O'Clock High. He appeared with John Huston in the movie De Sade (1969), playing the title role (the Marquis de Sade). He also appeared with Anne Heywood and Sandy Dennis in the 1967 film The Fox.

In 1968 he appeared as astronaut David Bowman in Stanley Kubrick's film 2001: A Space Odyssey,[7] which became a box-office success and was eventually recognized by critics, filmmakers, and audiences as one of the greatest and most influential films ever made. His line, "Open the pod bay doors please, HAL," is #78 on the American Film Institute's list of 100 movie quotes.

Since the great success of 2001, Dullea has had difficulty reproducing a similar success on film, although he was a regular vocal performer on CBS Radio Mystery Theater, which ran from 1974 to 1982. Dullea's other notable roles include Devon in the short-lived 1973 science fiction series The Starlost, Clayton Anderson Jr. in Madame X, Paul Renfield in The Fox, and Thomas Grambell in Brave New World (1981).

He had a major role in the Canadian production, 1974 cult classic Black Christmas. He also appeared as a regular cast member in the Canadian adult soap opera Loving Friends and Perfect Couples, which ran in 1983.[8]

In 2000, he appeared in The Audrey Hepburn Story as Hepburn's father Joseph.

In 2006, he had a role as a US Senator and a "major influence and mentor" to Matt Damon's character, in Robert De Niro's film The Good Shepherd.

Dullea has also had a long and successful career on stage in New York City and in regional theaters; he has stated that, despite being more recognized for his film work, he prefers the stage.[5] His first Broadway appearance was in 1967 in Ira Levin's Dr. Cook's Garden with Burl Ives. Two years later he starred in the 1969 hit comedy Butterflies Are Free alongside Eileen Heckart and Blythe Danner. The play detailed a blind youth's desire to break free from his overprotective mother and pursue love with a free spirited girl. In the play, he introduced the title song written by Stephen Schwartz (later recording the tune on an album for Platypus Records). In 1974, he played Brick in the Tennessee Williams classic Cat on a Hot Tin Roof opposite Elizabeth Ashley. The production featured the now definitive rewrite of the play.[citation needed] He also starred in the 1975 play P.S. Your Cat Is Dead.

Dullea was one of the last people to see actor Sal Mineo alive. The two were rehearsing for P.S. Your Cat is Dead on the night of Mineo's murder.

In 1982, Dullea starred in an off-Broadway production of A. E. Hotchner's Sweet Prince, under the direction of his wife, Susie Fuller.[11] The following year, the couple co-founded the Theater Artists Workshop of Westport.[5]

In July 1984, Dullea was guest artist aboard the ocean liner Queen Elizabeth 2. On July 11, he performed Anton Chekhov's one-act play The Harmfulness of Tobacco in the QE2 Theatre.

In December 2004, for their annual birthday celebration to "The Master", the Noël Coward Society invited Dullea as the guest celebrity to lay flowers in front of Coward's statue at New York's Gershwin Theatre, thereby commemorating the 105th birthday of Sir Noël. Around the same time, Sony Home Video released Bunny Lake Is Missing for the first time on DVD.

In April 2010, Dullea performed the role of Tom Garrison in the off-Broadway production of the Robert Anderson play, I Never Sang for My Father co-starring Oscar-nominated actress Marsha Mason (as Margaret Garrison) and film and stage actor Matt Servitto (as Gene Garrison).

In October 2012, Dullea performed the role of Heinrich Mann in the Guthrie Theater production of Tales from Hollywood by Christopher Hampton.