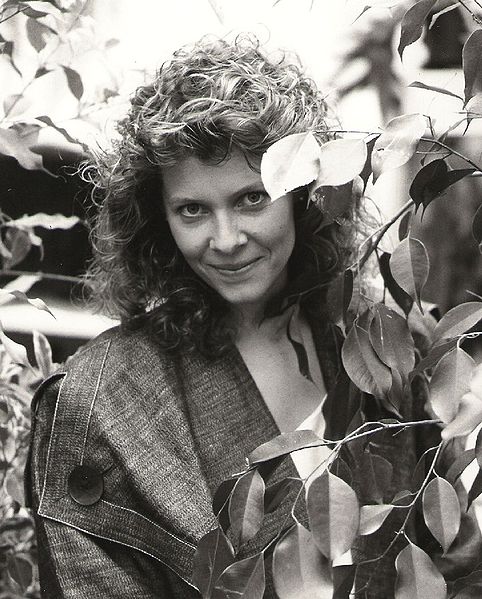 Capshaw was born Kathleen Sue Nail in Fort Worth, Texas, the daughter of Beverley Sue (née Simon), a travel agent and beautician, and Edwin Leon Nail, an airline employee.[1][2] She moved to St. Louis, Missouri, at the age of five, and graduated from Hazelwood Senior High, now called Hazelwood Central High School, in 1972. Capshaw earned a degree in education from the University of Missouri, where she was a member of Alpha Delta Pi. She taught Special Education at Southern Boone County High School in Ashland, Missouri, and Rock Bridge High School in Columbia, Missouri. She married marketing manager Robert Capshaw in January 1976 and they had one child, actress Jessica Capshaw, before eventually divorcing in 1980. However, she kept the surname Capshaw and adopted it as her professional name upon becoming an actress.[citation needed]
Read more...

Capshaw moved to New York City to pursue her dream of acting, landing her first role on the soap opera The Edge of Night. After auditioning for a small role in A Little Sex, she was offered a role of the leading lady, which is when she asked for a dismissal from The Edge of Night. She starred in Dreamscape in 1984. She met film director and future husband Steven Spielberg upon winning the female lead as Willie Scott[citation needed], a spoiled and stubborn sexy American night-club singer and performer opposite Harrison Ford (Indiana Jones) in Indiana Jones and the Temple of Doom (1984), a prequel to Spielberg's Raiders of the Lost Ark (1981). In addition, she appeared as Andie Bergstrom, an appealing and stern yet frustrated camp instructor in the 1986 film SpaceCamp, opposite Richard Gere and Gene Hackman in Power (1986), and starred as Susanna McKaskel in The Quick and The Dead (1987) with Sam Elliott. Capshaw also starred in the spy film/romance Her Secret Life.[3]

Capshaw was featured in films throughout the late 1980s into the 1990s, she stars alongside Michael Douglas and Andy García in Black Rain (1989), she stars alongside Sean Connery in Just Cause (1995), alongside Warren Beatty and Katharine Hepburn in Love Affair, and in The Love Letter, she starred and produced the film. She was also featured in the 1997 film The Alarmist with David Arquette and Stanley Tucci. In 2001, she starred in the Showtime Cable Network miniseries A Girl Thing[4], with Stockard Channing, Rebecca De Mornay and Elle Macpherson.[5] Since the TV movie Due East, she has not appeared in film or television.

During the production of the film Indiana Jones and the Temple of Doom (1984), she became close with director Steven Spielberg, whom she later married. Originally an Episcopalian, she converted to Judaism[6][7] before marrying Spielberg on October 12, 1991. The two were married in both a civil ceremony and an Orthodox ceremony.[8]

There are seven children in the Spielberg-Capshaw family.