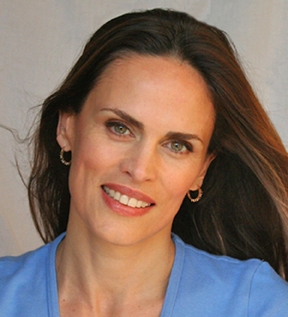 Vail was born in Kuala Lumpur, Malaysia in 1963 to British parents. She acquired her first acting role in Hong Kong where a British television show was filming.[2]
Read more...

Professionally, Vail's most notable role was as a Russian scientist Dr. Olga Vukavitch in the late 1990s and early 2000s UPN science fiction television series Seven Days. Vail received positive reviews for her performance on the show.[3] In 2000, she won a Saturn Award for best supporting actress, winning out over Stargate SG-1's Amanda Tapping.[4] In 2001, however, there were reports of dissatisfaction on set. Co-star Don Franklin expressed his dissatisfaction with the show,[5] and Vail was reported to have left the show entirely[6] (according to some show sources over a dispute with Seven Days co-star Jonathan LaPaglia[7]), only to later return and finish the third season.[5]

Vail also guest-starred in an episode of Highlander: The Series. The episode (along with several others like it) were attempts to pilot female immortal leads for the short-lived Highlander: The Raven. Reviews of the episode were mixed, offering criticism of Vail's character, but not her performance. Ultimately, Vail's character was not the one chosen for the new show.[8]

Vail is married to Jeff Evans, a doctor, leadership development consultant and best-selling author based in Los Angeles, California.[9] Vail is also an author. She is a recurring columnist for Backstage magazine,[10] and she has published the book How to be a Happy Actor in a Challenging Business: A Guide to Thriving Through it All. It was awarded the top prize of the "How To" category for the 2012 Hollywood Book Festival.[11]