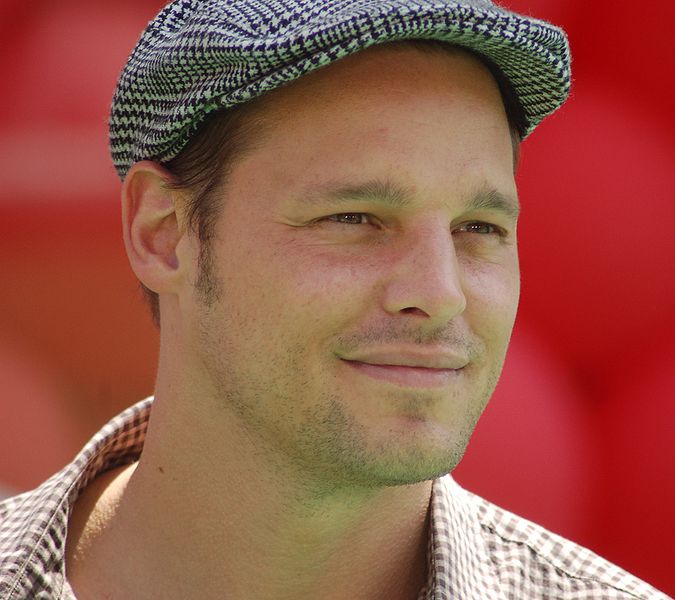 Justin Willman Chambers (born July 11, 1970) is an American actor and former model. Born in Ohio, he went to Southeastern High School, South Charleston and later studied acting at New York's HB Studio. Chambers began modeling after being approached by a modeling scout in Paris. He went on to represent fashion brands including Calvin Klein, Armani, and Dolce & Gabbana.

Chambers began his acting career with a recurring role in soap opera Another World, and made his feature film debut with a supporting role in 1999's comedy drama Liberty Heights. His breakthrough role came in 2005 when he was cast as Dr. Alex Karev in the ABC medical drama series Grey's Anatomy. Chambers gained widespread recognition as the series progressed and the character became one of the most popular from the hit series, earning multiple nominations and the 2017 Best TV Network Drama Actor at the People's Choice Awards as well as nominations for the Screen Actors Guild Award.

Chambers was born in Springfield, Ohio, on July 11, 1970[1] to Pamela Sue (Willman) and John William Eugene Chambers II, who were both deputy sheriffs.[1][2] Chambers was brought up in Springfield and growing up he aspired to be a dentist. He has a fraternal twin brother, Jason; one older brother, John Jr. (Chip); and two older sisters, Mia and Susan. Chambers and his twin brother were hospitalized often as children due to frequent bouts of pneumonia.[3] He attended Southeastern High School in South Charleston, Ohio, and later moved to New York, where he studied for four years at HB Studio and Ron Stetson Studios.[4]
Read more...

Chambers at the Monte-Carlo Television Festival 2014

Chambers was discovered by a modelling scout on the Metro and went on to star in ad campaigns for Calvin Klein's fragrance range. He worked throughout Europe, Japan, and the United States for Calvin Klein, Armani, and Dolce & Gabbana.[5] After deciding on an acting career, he moved to New York City in the early 1990s, where he studied at the HB Studio.[6] Studios and Ron Stetson Studios for four years. His first major acting role came in the music video "Ants Marching" by Dave Matthews Band in 1995. He went on to land a few television roles, including recurring role in soap opera Another World as Nicholas Hudson, and New York Undercover. In 1998, he was cast as series regular in the short-lived CBS primetime soap opera Four Corners. Chambers also appeared in several television movies, such as Harvest of Fire, Rose Hill, and Seasons of Love.

Chambers starred in several movies, notably Liberty Heights (1999, as Trey, alongside Adrien Brody),The Wedding Planner (2001, as Massimo, alongside Jennifer Lopez), The Musketeer (2001), Southern Belles (2005), The Zodiac (2005), and the HBO original movie Hysterical Blindness (2002). In 2003, Chambers was cast as one of the leads in the CBS crime drama Cold Case but left after appearing in only four episodes.

In August 2004, Chambers was cast as surgical intern Alex Karev in Shonda Rhimes's medical drama series Grey's Anatomy, opposite Ellen Pompeo, Sandra Oh, Katherine Heigl, and T. R. Knight.[7] In 2006, along with other cast members, he was awarded a Screen Actors Guild Award for Outstanding Performance by an Ensemble in a Drama Series.[6] In 2009, he also guest-starred on the Grey's Anatomy spin-off, Private Practice, for the Grey's Anatomy/Private Practice crossover event.[8]

Chambers at the premiere for Up in 2009

In 1993, he married Keisha Chambers, a former model agency booker. The two met while Chambers was working for ad campaigns for Calvin Klein and Keisha was working at a modeling agency.[9] They have five children together,[5] Isabella (b. December 1994), twins Maya and Kaila (b. June 1997), Eva (b. March 1999) and Jackson (b. January 2002). They have adopted two rescue dogs and own a beagle.[9][10]

Chambers is involved with the nonprofit Pentecostal Christian Church mission Dream Center of Los Angeles.[10] In late January 2008, he revealed that he suffered from a biological sleep disorder, and had checked himself into Los Angeles's UCLA Medical Center to treat exhaustion after a period of only two hours of sleep each week.[11] Chambers follows a healthy lifestyle and practices hot yoga.[10]